In association with Historicana and The Arthur Szyk Society

An indispensable and timely publication on the life and work of the great Polish-Jewish-American artist-activist Arthur Szyk.

“Readers will benefit from the longer narrative and the vastly larger amount of material allowed by a book, which offers a fuller picture of Szyk’s diverse body of work”—Samantha Baskind, Jewish Book Council

Arthur Szyk (1894–1951) worked in Poland, France, England, Canada, and the United States, and was renowned during the first half of the 20th-century for his prolific illustrations in books, newspapers, and magazines. His work provides a visual and often acerbic comment on contemporary issues, including World War II, the Holocaust, and the creation of the State of Israel. Szyk’s canon includes his famous illuminated Passover Haggadah, which has been widely distributed in both the U.S. and Israel.

This publication, with its original essays by Michael Berenbaum, Tom L. Freudenheim, James Kettlewell, and Irvin Ungar, celebrates the diverse aspects of Szyk’s career and examines and decodes his highly detailed artwork. We see Szyk emerge as a great artist, with great messages, acting as the great man. The volume includes over 200 full-colour plates of key works by Szyk arranged by theme, a timeline of Szyk’s life, an extensive list of major exhibitions at museums and galleries, a complete bibliography of his illustrated books, and photographs of the artist.

Arthur Szyk: Soldier in Art tells a New York immigrant story, a World War II story, and a Jewish and American story. This indispensable publication positions Szyk as one of the most extraordinary artists of his time, as an artist to be
remembered and celebrated for generations to come..

Michael Berenbaum is an internationally renowned Holocaust scholar. He held a prominent role in the creation of The United States Holocaust Memorial Museum in Washington, D.C. and served as its founding Project Director. Publications include The World Must Know (1993), and Anatomy of the Auschwitz Death Camp (1994).

James Kettlewell is an art historian whose writings cover a wide range of topics from the Venus of Willendorf, through Donatello and Leonardo da Vinci, to Paul Cézanne and Marcel Duchamp.

Irvin Ungar has devoted almost three decades to studying and promoting the work of Arthur Szyk. He has curated and consulted on numerous Szyk exhibitions including those at the Library of Congress and the United States Holocaust Memorial Museum in Washington, D.C., the Deutsches Historisches Museum in Berlin, and the Fine Arts Museums of San Francisco. He is the author of Justice Illuminated: The Art of Arthur Szyk (1998), editor of Freedom Illuminated: Understanding The Szyk Haggadah (2008), creator and publisher of the Deluxe and Premier editions of The Szyk Haggadah (2008), and producer of the documentary film Soldier in Art: Arthur Szyk (2013). 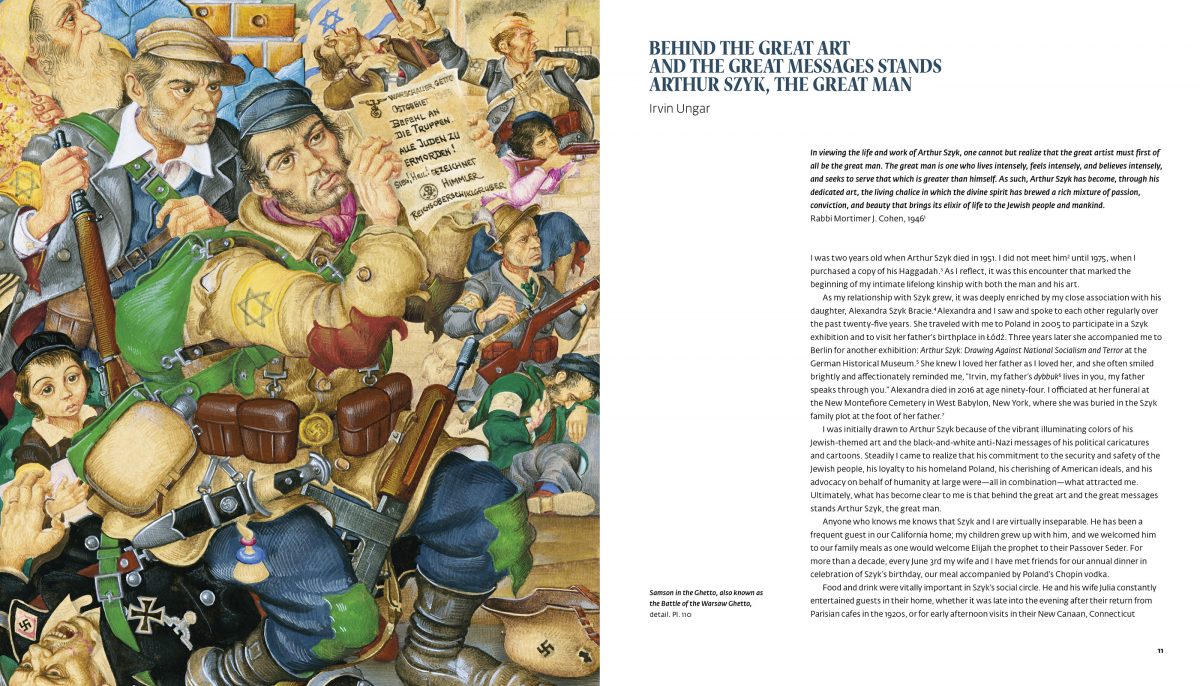 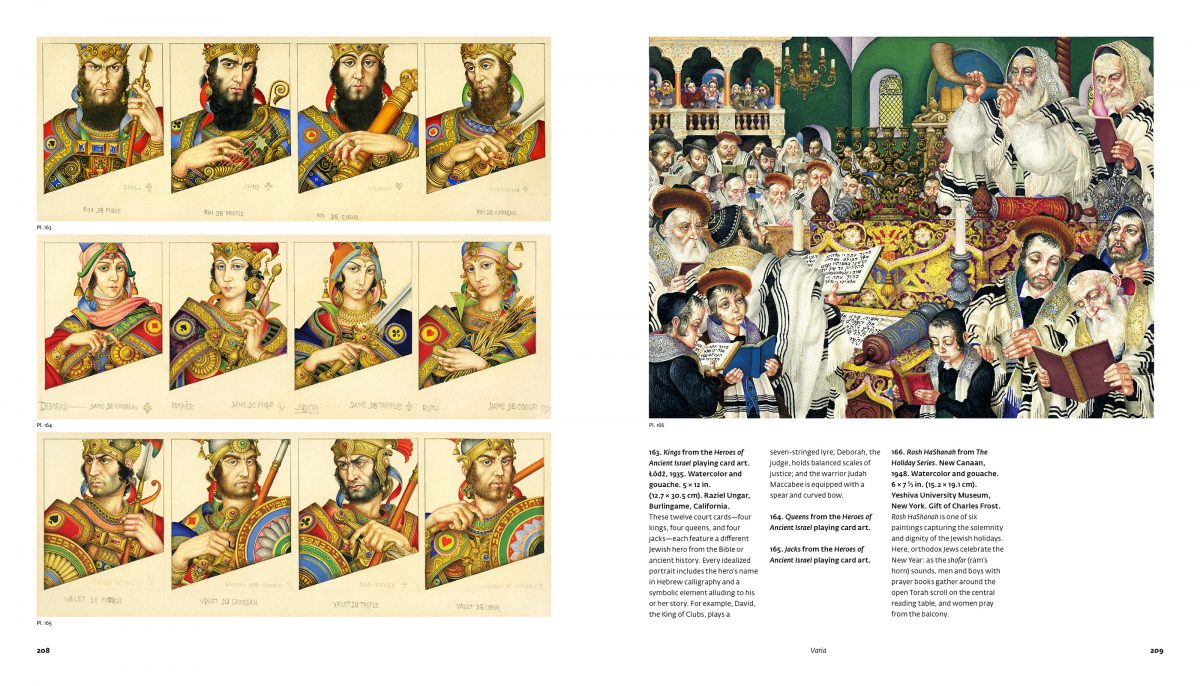 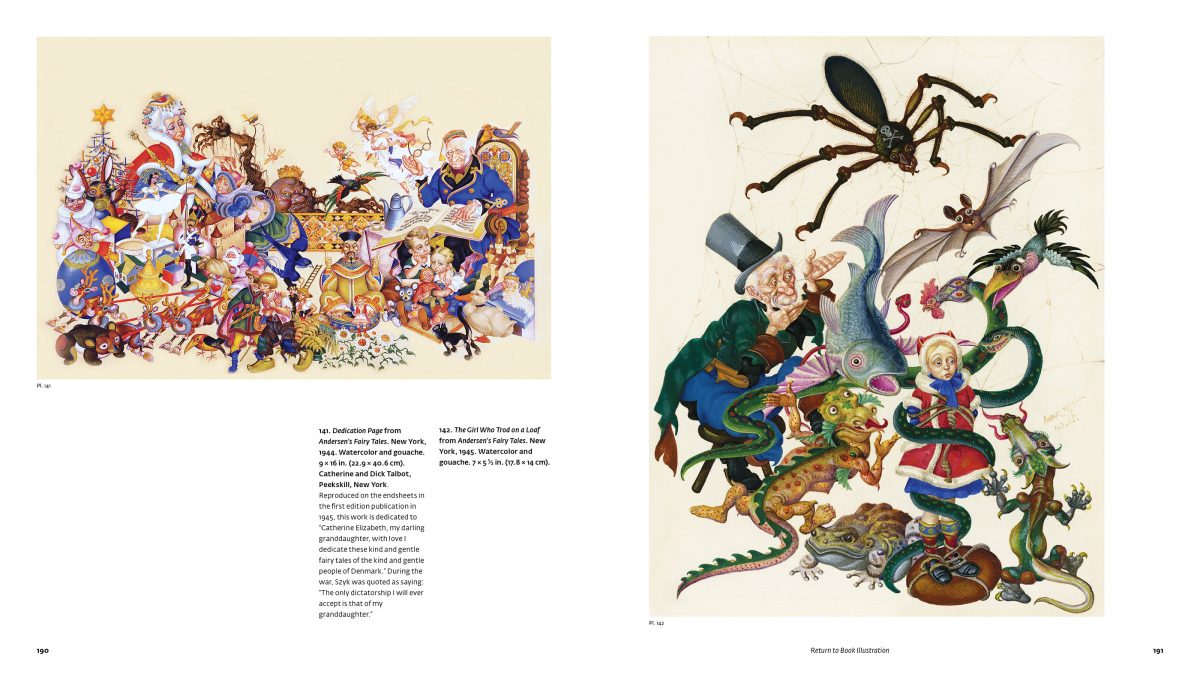