The Photographs of Esther Bubley

The Photographs of Esther Bubley

“I have found the human race. It is like finding one’s family at last.”—Esther Bubley

“The main event in all these pictures, the twentieth century’s Main Event, is World War II. Bubley didn’t travel overseas during the war, but she covered the home front, capturing truth with her back turned to the spectacle. Enlistment, separation, fear, loss, homesickness, sorrow, patriotism, courage, and loneliness flow through these images.”—Melissa Fay Greene on Esther Bubley

Esther Bubley was born in Wisconsin in 1921 to Russian Jewish immigrants. Bubley was hired as a darkroom assistant at the OWI in 1942 but soon became a field photographer, recording US wartime life from a greyhound bus. After the war she worked for Life, Ladies’ Home Journal, Look, McCall’s, and Harper’s Bazaar, reporting from Europe, Central and South America, North Africa, Australia, and the Philippines. She died in 1998.

Melissa Fay Greene is the author of Praying for Sheetrock, The Temple Bombing, Last Man Out, and There Is No Me Without You: One Woman’s Odyssey to Rescue Her Country’s Children. A two-time National Book Award finalist, finalist for the National Book Critics Circle Award, and winner of the Robert F. Kennedy Book Award, the Chicago Tribune Heartland Prize, and other honours, Greene has also written short pieces for The New York Times, The New Yorker, The Atlantic, Newsweek, Life, The Washington Post, and Good Housekeeping. 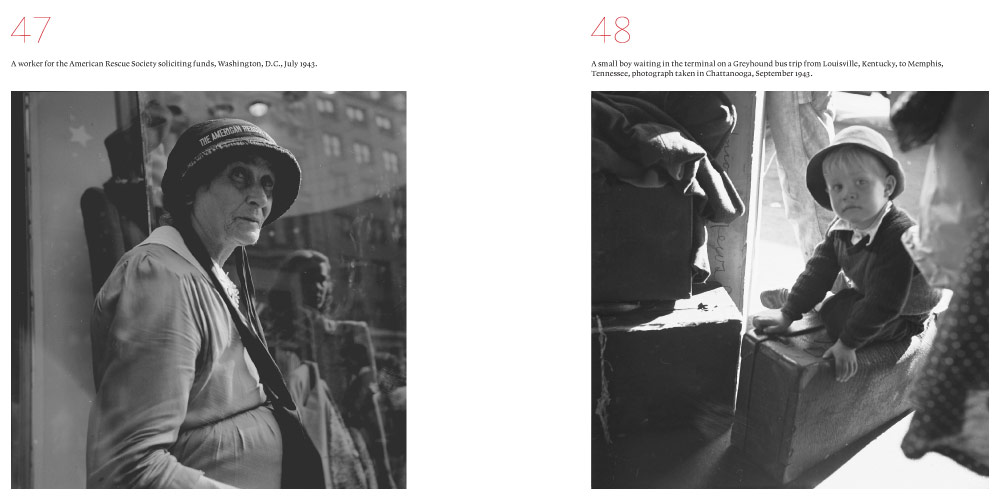