The Art of James Castle

Untitled provides an insight into the world of one of the most enigmatic American artists, and highlights the remarkable quality of his vision

In 2013 the Smithsonian American Art Museum acquired 54 pieces by James Castle (1899-1977), making this one of the largest public collections of Castle’s work. Untitled: The Art of James Castle features this representative selection of the artist’s immense oeuvre, including drawings, handmade books, texts, and constructions. James Castle spent his formative years in remote Garden Valley, Idaho, and his adult life at locations near Boise, where, for nearly seven decades, he devoted himself daily to intensive art-making. Since Castle’s work first came to light in the 1950’s, attention has focused primarily on the unusual circumstances of his life: Castle was born profoundly deaf, remained illiterate, and never acquired a conventional mode of communicating with others. He is often assumed to have lived a form of extreme isolation. This new volume seeks to move beyond such consideration; the artworks themselves can be seen as ‘windows’ on his world and unique life.

Castle worked with materials that were immediately available, including a wide range of ephemera—advertisements, periodicals, and packaging—that he manipulated with soot, sticks, spit, string and improvised colors to create an elaborate and unmistakable representation of his world. Subjects range from the farms of Garden Valley and interiors of homes, to family members, household objects, and snippets of popular culture. Other works of art move beyond the documentary to include invented words and symbols, fantastical calendars, and books with cryptic pictorial narratives. 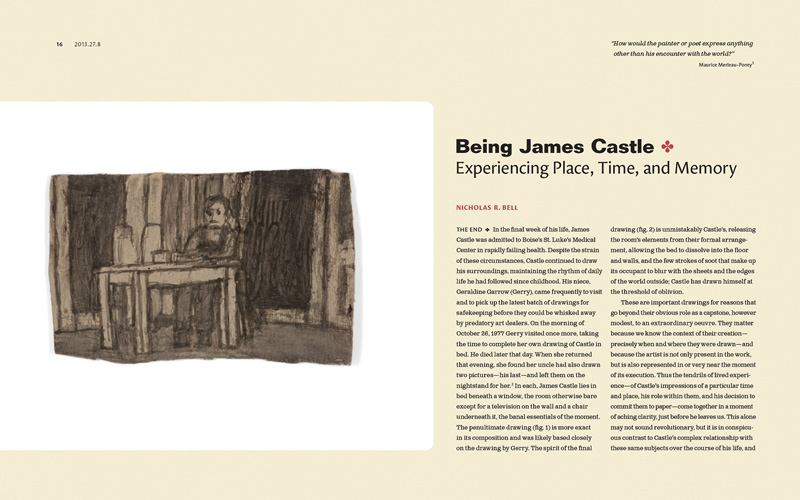 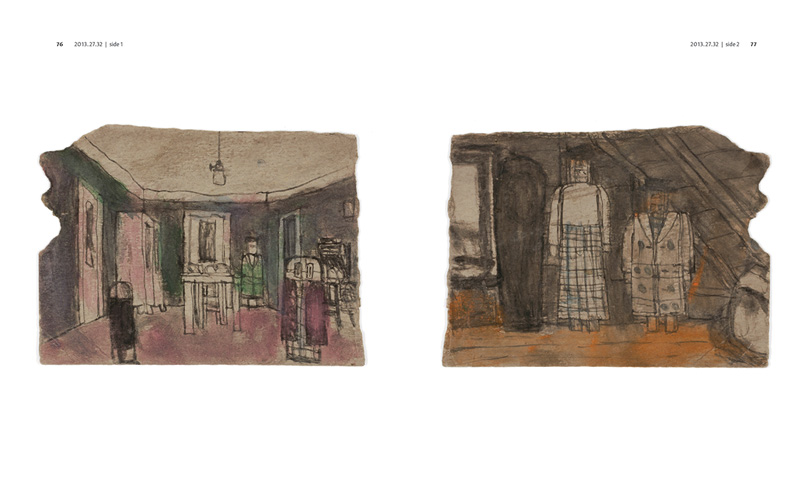 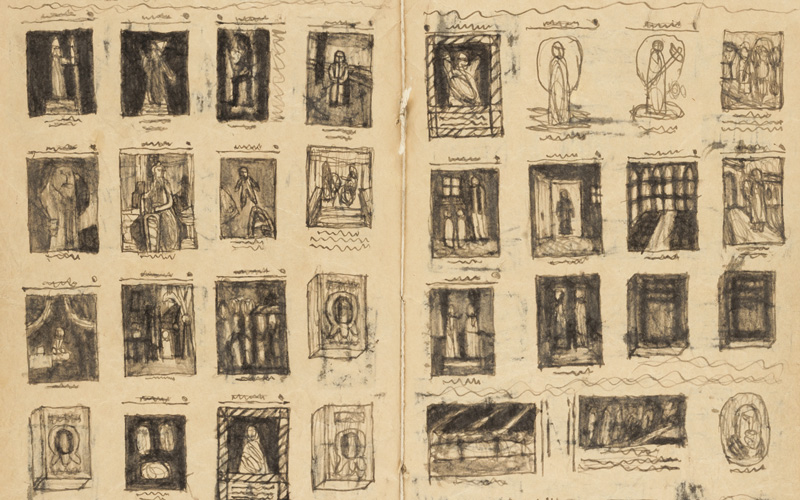