Presents a highly illustrated story of the eighteenth-century Atlantic revolutions as part of a wider, global narrative.

Revolution! The Atlantic World Reborn is an illustrated volume which explores how three globally influential revolutions—in America, France, and Haiti—transformed politics and culture between 1763 and 1815, from the triumph of the British Empire in the Seven Years’ War to the end of the Napoleonic Wars.

The American revolution triggered an explosion of radical ideas which drew many Britons to the anti-slavery crusade, incited fierce opposition to entrenched privilege in France, and finally spawned the insurrection on the island of Saint-Domingue. This insurrection led to the world’s only successful slave revolt and, in 1804, to the establishment of Haiti as the first nation fully committed to equality and emancipation. Revolution! The Atlantic World Reborn explores how thousands of “revolutionaries” on both sides of the Atlantic turned freedom, equality, and parliamentary democracy into universal goals which continue to inspire the struggle for justice today.

Illustrated with an outstanding range of paintings, drawings, prints, historical documents, maps, and original manuscripts from collections in Britain, France and the United States, the book comprises eleven thematic chapters by an international cross-section of experts.

Thomas Bender is the University Professor of the Humanities, Professor of History, and Director of Graduate Studies at New York University. His publications include The Unfinished City: New York and the Metropolitan Idea (2007) and A Nation Among Nations: America’s Place in World History (2006).
Laurent Dubois is Marcello Lotti Professor of Romance Studies and History at Duke University, Durham, NC and a leading expert on Haitian history and culture. His books include Haiti: The Aftershocks of History (2012), and Avengers of the New World: The Story of the Haitian Revolution (2004).
Richard Rabinowitz is one of the leading public historians in the United States. 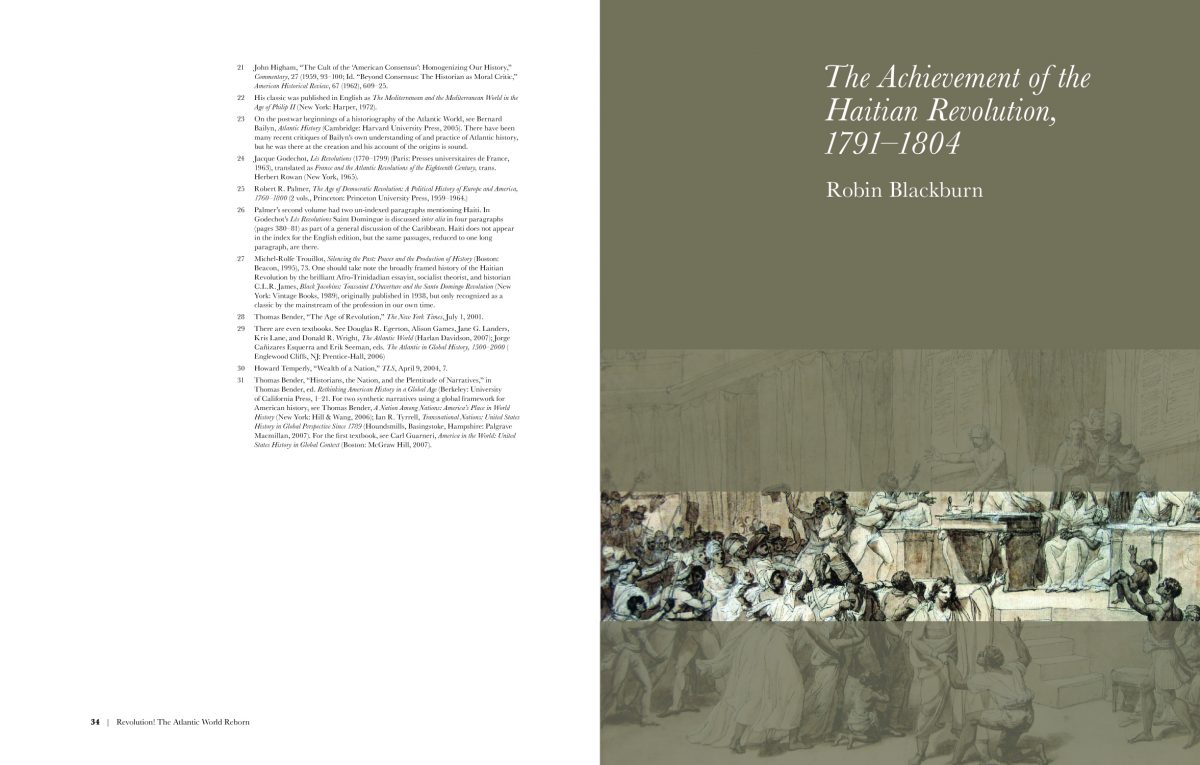 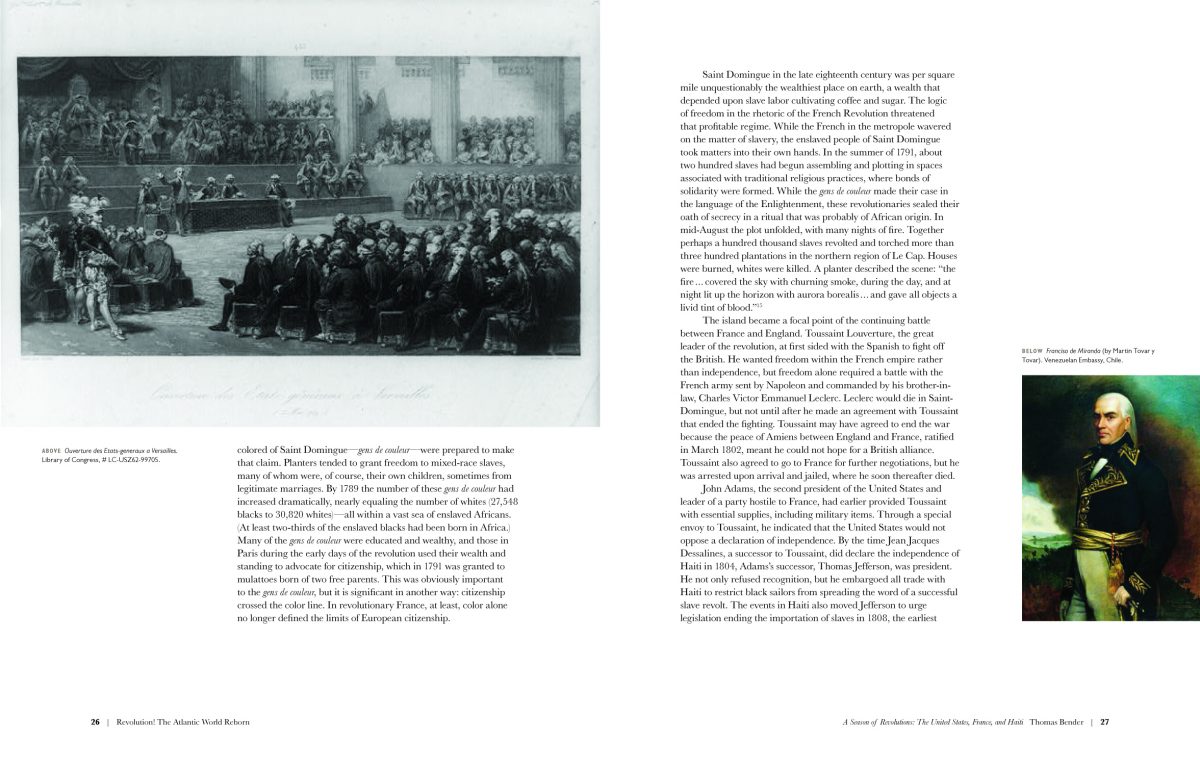 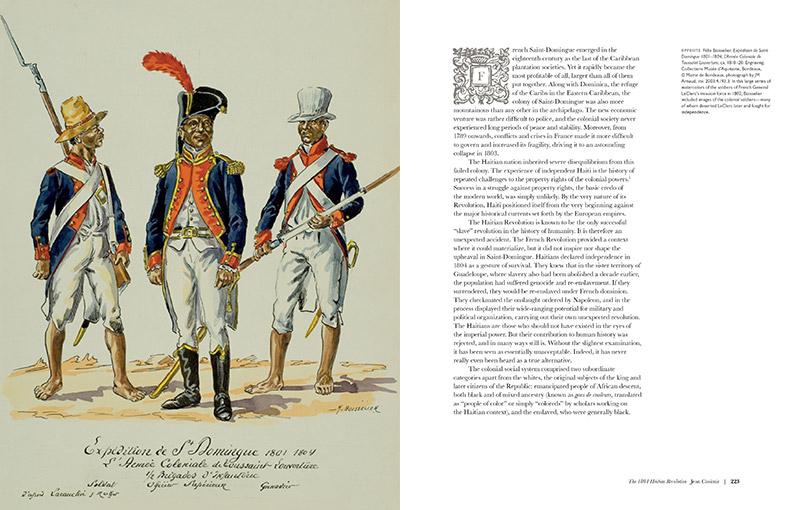 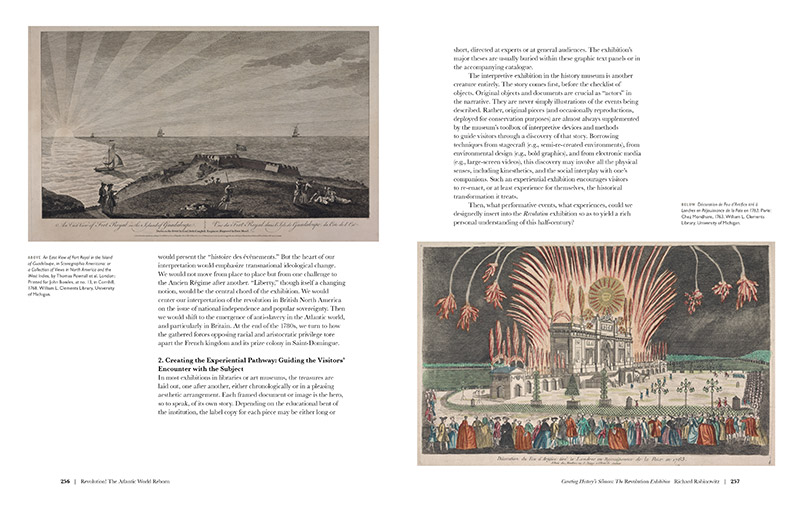 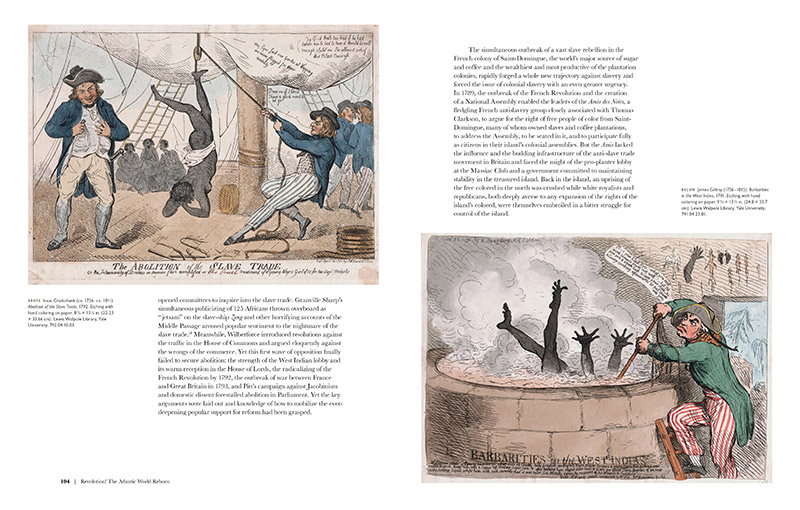