The Folk Art Collection of Elie and Viola Nadelman

“Shed[s] light on the history of collecting folk art, while posing questions about its future”—Lita Solis-Cohen, Maine Antique Digest

Making It Modern makes a significant contribution to the field of folk art studies. Drawing from the extraordinary trove of over 15,000 objects acquired by Elie Nadelman and his wife Viola— from imposing, large-scale sculptures to charming clusters of painted chalkware—it showcases the range of their seminal collection.

Elie Nadelman is widely recognized for his elegant and spare modernist sculpture, yet his role as a pioneer folk art collector is little known. Influenced by the folk arts of his native Poland and other European countries, Nadelman was in the avant-garde of an international fascination with “primitive” or “folk” objects. He started acquiring works shortly after immigrating to New York City in 1914, but his collecting began in earnest after his marriage to the wealthy widow Viola Flannery in 1919. The dashing couple, whose collecting patterns and dealers are documented for the first time, discovered objects in New York City, in the American countryside, and while on summer trips to Europe—amassing their treasures in a short period of time. In 1924, in order to enshrine their burgeoning collections, the Nadelmans founded the first museum in the United States dedicated solely to folk art, the Museum of Folk and Peasant Arts in Riverdale, New York. It was also the first to demonstrate the European influences on American folk art.

This volume examines the Nadelmans’ collection through the nucleus purchased by the New-York Historical Society, coupled with new archival evidence found in the rich cache of the Nadelman Papers. It focuses on over 200 objects, considered in 87 entries, that best represent their collecting tastes, and illuminates Viola’s role for the first time. The folk art is followed by a sampling of Elie Nadelman’s sculpture to consider the possible interchanges between the sculptor’s collecting and his avant-garde art. The Nadelmans’ acquisitions span an incredible range of media, including furniture, sculpture, paintings, ceramics, glass, iron, textiles, drawings and watercolours, and household tools. Making It Modern illustrates these objects in beautiful, full-colour detail, and essays by distinguished scholars explore the definition of “folk art” (both as Nadelman understood it and as it is discussed today), its intersection with modernism, and the relationship between European and American folk art.

Margaret K. Hofer was formerly curator of Decorative Arts at the New-York Historical Society. She is the author of Stories in Sterling: Four Centuries of Silver in New York (2011), A New Light on Tiffany: Clara Driscoll and the Tiffany Girls (with Martin Eidelberg and Nina Gray, 2007; German and Dutch editions, 2009), The Games We Played: The Golden Age of Board and Table Games (2003), and Seat of Empire (with Roberta J.M. Olson, 2002).

Roberta J.M. Olson is Curator of Drawings at the New- York Historical Society and Professor Emerita of Art History at Wheaton College, Massachusetts. She is the author of Audubon’s Aviary: The Original Watercolors for “The Birds of America” (2012), Drawn by New York: Six Centuries of Watercolors and Drawings at the New-York Historical Society (2008),  and the forthcoming Artist in Exile (2019). 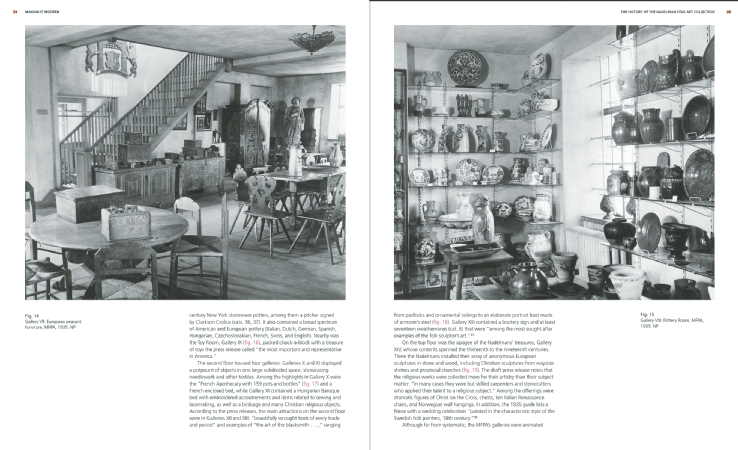 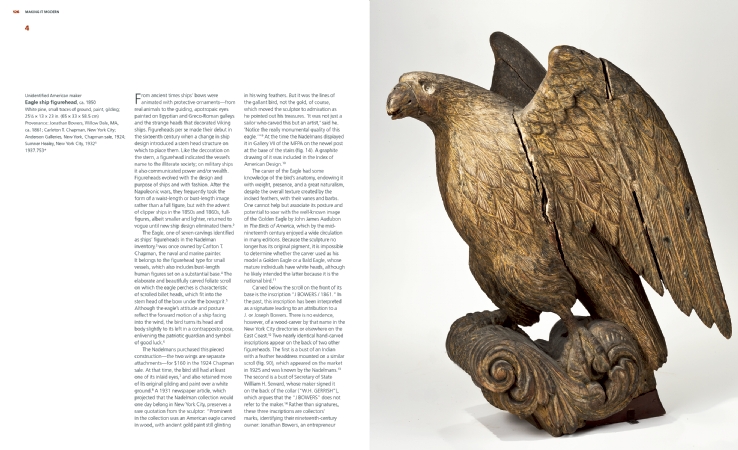