Portraiture in the Age of Abstraction

By charting portraiture from 1945 to 1975, at the very moment many in the art world considered figuration hopelessly out of fashion, Face Value reveals a previously untold history.

In the late 1960s, when Chuck Close began working on his iconic, large-scale portraits, he recalled that “the dumbest, most moribund, out-of-date, and shopworn of possible things you could do was to make a portrait.” After World War II, just as Abstract Expressionists attained international prominence, portraiture, as critic Gerrit Henry expressed it, “[came] to a dead halt.” Although some older artists continued their figurative work, many younger ones—along with critics, curators, and teachers—agreed that such traditional representational art could not compete as a progressive art form. Nonetheless, with startling freshness and innovation (and a touch of defiance), a group of artists demonstrated the value of exploring the face and figure with new approaches. Against the background of a cultural resurgence in music, poetry, theatre, and film; Cold War paranoia; and the growing impetus toward activism regarding civil rights, the Vietnam War, and feminism, mid-century artists challenged the homogeneous stereotype of American life by  reassessing the individual and bringing portraiture back into focus.

Brandon Brame Fortune is chief curator and curator of painting and sculpture at the Smithsonian’s National Portrait Gallery. Her primary research areas are eighteenth- and nineteenth-century American portraiture, including the work of Charles Willson Peale and women portraitists of the later nineteenth century.

Wendy Wick Reaves, the National Portrait Gallery’s senior curator of prints and drawings, started the graphic arts department at the museum. She has curated numerous shows and published on eighteenth- and nineteenth-century prints, twentieth-century portrait drawings, cartoon and caricature, posters, and self-portraiture.

David C. Ward is senior historian at the National Portrait Gallery. He has curated exhibitions on Walt Whitman and Abraham Lincoln, as well as Poetic Likeness: Modern American Poets (2012) and Hide/Seek: Difference and Desire in American Portraiture (2010).

John Ashbery (1927-2017) published more than twenty volumes of poetry. Among his many honours were the National Book Foundation’s Medal for Distinguished Contribution to American Letters (2011), a 2011 National Humanities Medal, and the Gold Medal for Poetry from the American Academy of Arts and Letters (1997). 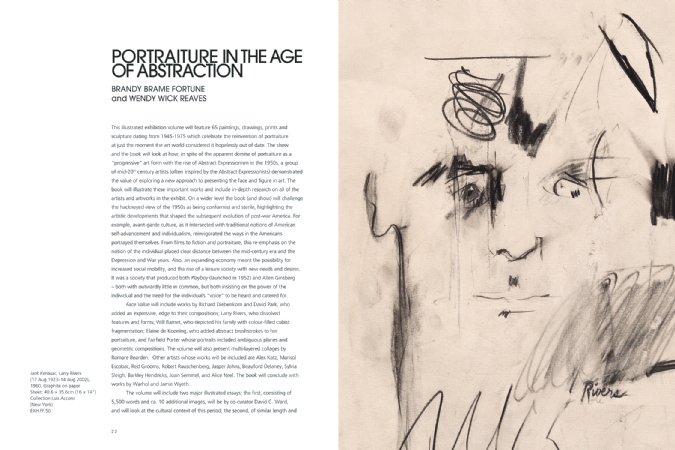 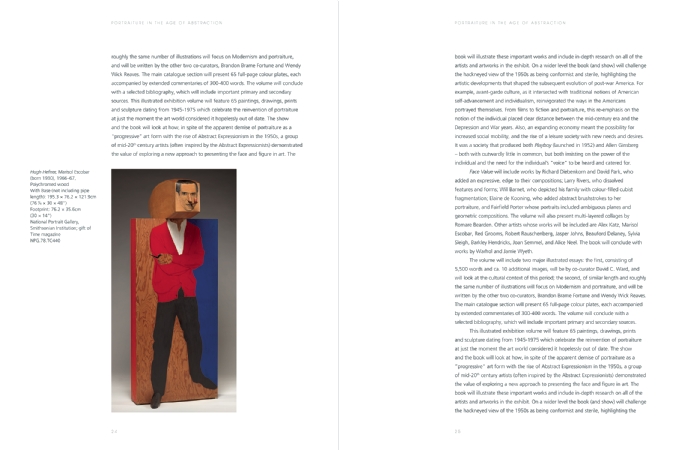 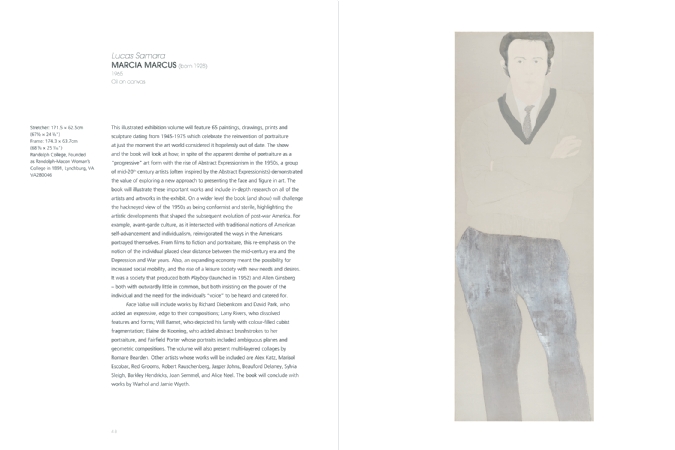