The Crucifixion of Saint Andrew

A glorious array of monsters and monstrosities is revealed in this fascinating, thought-provoking and visually stunning book.

Painted in Naples in 1606–7 while Caravaggio was on the run from Roman authorities, the Crucifixion of Saint Andrew marks a turning point in the artist’s life and work, according to author Erin E. Benay, who recounts the complex history of this masterwork and its understudied position in Caravaggio’s oeuvre. This book reveals the ways in which the painting functioned first as a devotional aid and subsequently as a harbinger of Caravaggism abroad. Documentary and archival discoveries, along with the CMA’s two-year conservation and technical study of the painting, allow an interpretation not possible until now.

Described as a formerly “lost” treasure that resurfaced when the Cleveland Museum of Art acquired it in 1976, Caravaggio’s Crucifixion of Saint Andrew had been unseen, misattributed, and erroneously titled for three hundred years. With its acquisition, the CMA joined other American museums eager to house one of the artist’s rarely available works, including the Metropolitan Museum of Art, Nelson-Atkins Museum, and Detroit Institute of Arts. Today it is one of only seven paintings by Caravaggio—and the only altarpiece—in the USA.

Exporting Caravaggio: The Crucifixion of Saint Andrew is the fourth book in the Cleveland Masterwork Series.

Erin E. Benay is the Climo Assistant Professor of Renaissance and Baroque Art in Case Western Reserve University’s Department of Art History and Art. Together with Lisa M. Rafanelli she is the author of Faith, Gender, and the Senses in Italian Renaissance and Baroque Art: Interpreting the “Noli me tangere” and “Doubting Thomas” (2015). Her other publications include essays in Open Arts Journal, Arte Veneta, and Caravaggio: Reflections and Refractions (2014). The recipient of a 2017–18 fellowship from the National Endowment for the Humanities, Benay has also received grants from the American Institute of Indian Studies and the Kress Foundation. Her current book project concerns transcultural exchange between Italy and India during the early modern period.

Part I. Caravaggio in Spanish Naples
Becoming Caravaggio
Martyring Saint Andrew
Caravaggio and the Myth of Naples
From Court to Cult: Viceregal Patronage in Seventeenth-Century Naples

Part II. From Naples to Valladolid
Collecting Caravaggio in Spain
Painting Caravaggio: Technique and Conservation in the Crucifixion of Saint Andrew
Authentic Replicas

Conclusion: Mobility and Stasis in the Art of Caravaggio
Notes
Bibliography
Photo Credits
The Cleveland Museum of Art Board of Trustees 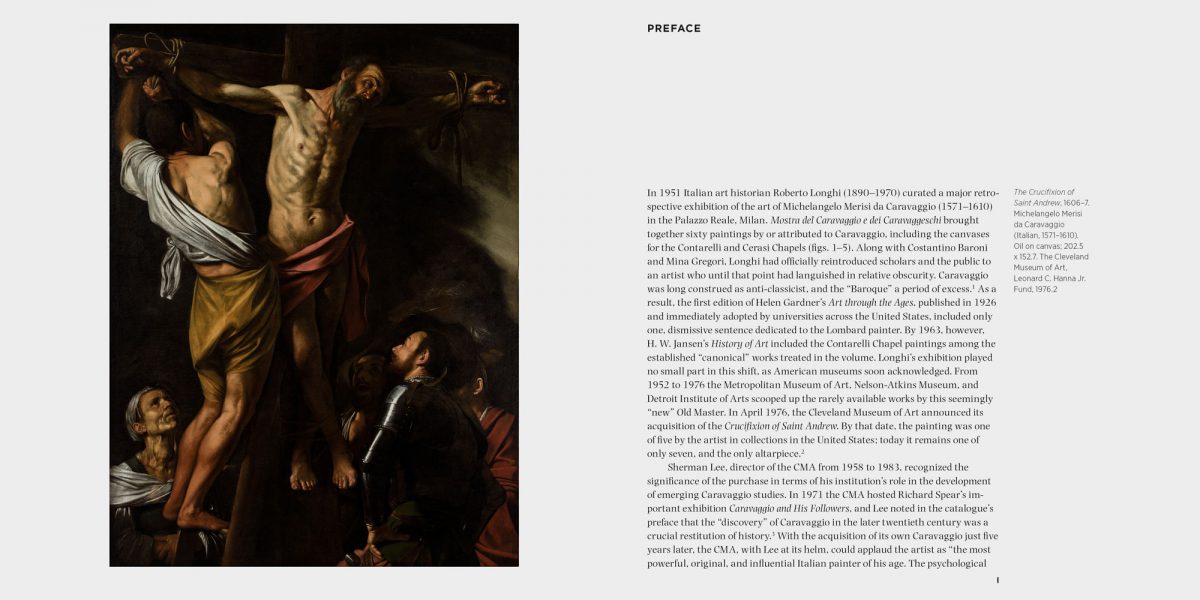 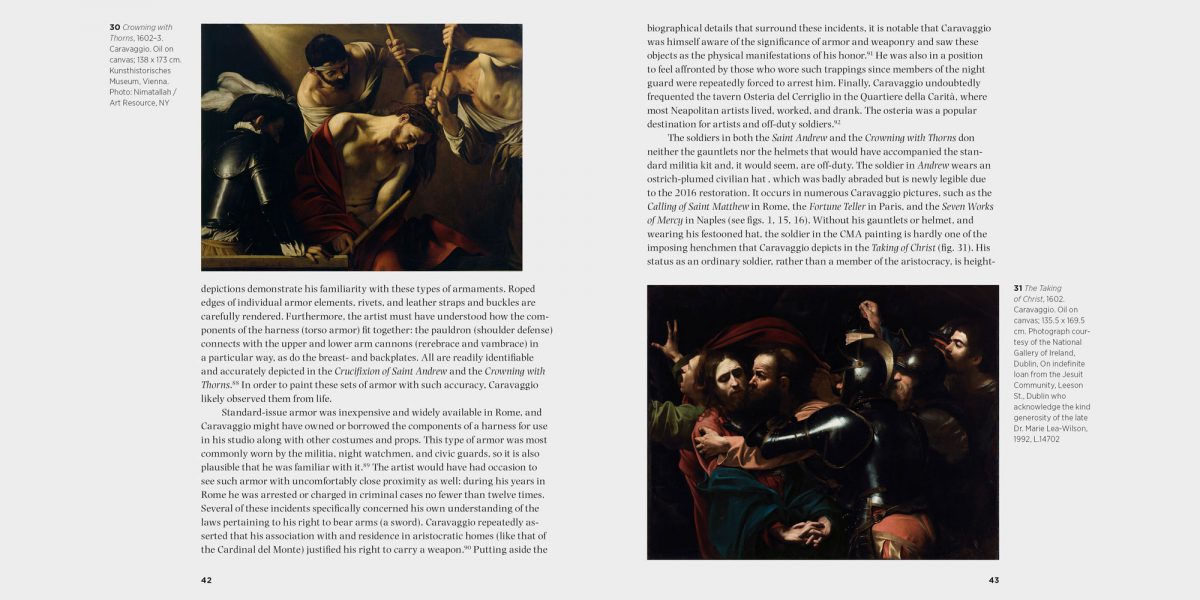 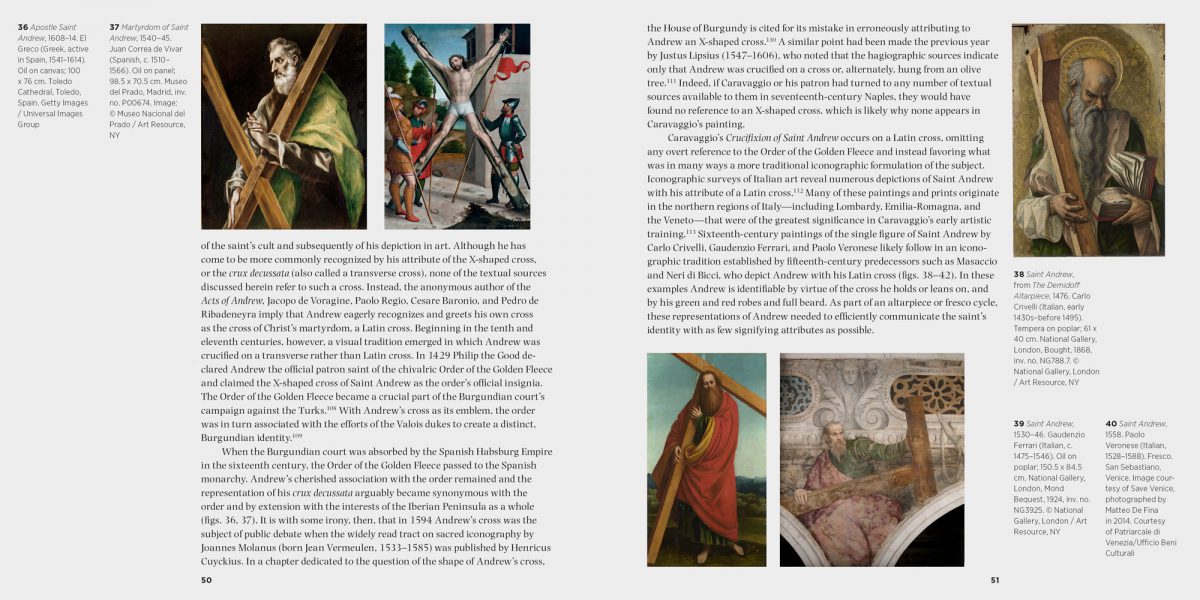 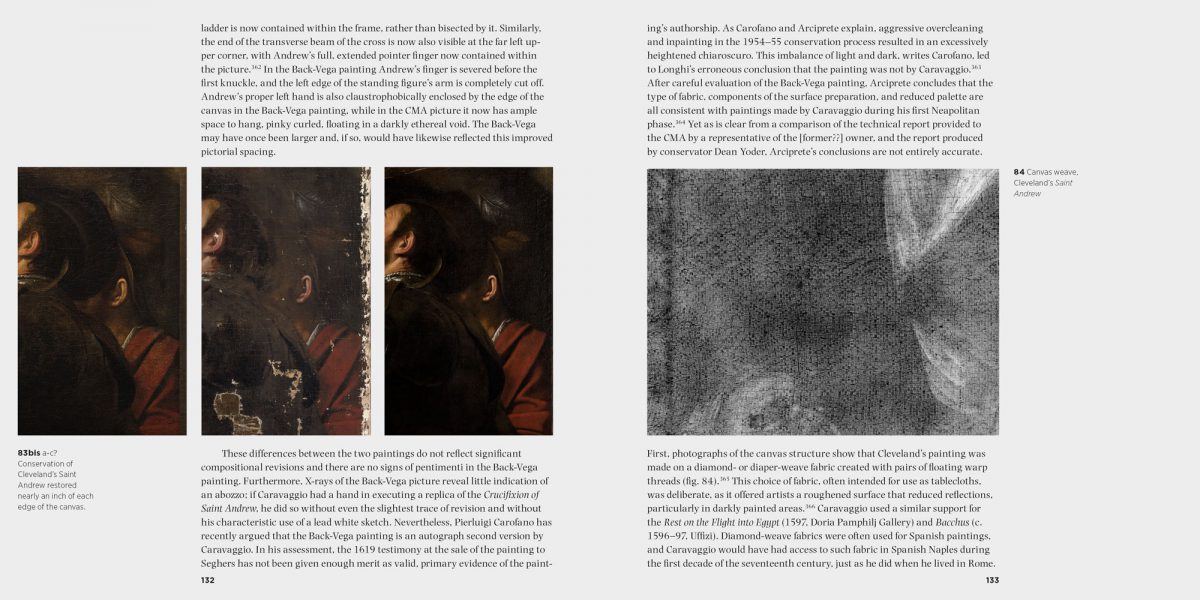