New volume in the Frick Diptych series focuses on an a remarkable Renaissance bronze oil lamp, pairing an essay by Frick director Ian Wardropper with a new poem by James Fenton.

The form of this extraordinary bronze lamp, the most elaborate of several produced by Riccio (Andrea Briosco), is based on a Roman sandal, and its surface is covered with intricate reliefs modelled with a goldsmith’s refinement and crisp detail. The subjects evoke the populace of classical art and poetry, including a Nereid and Triton, Pan, harpies and innumerable putti, along with goats, musical instruments, shells, masks and garlands. Inspired by the Roman half-boot, the lamp is designed as a bizarre shoe balanced on a pyramidal base, and, as Ian Wardropper discusses in his essay, it would have provided its owner with much pleasure and intellectual stimulation. Early in its history, the lamp is known to have belonged to a series of distinguished Paduan collectors. Paired with Wardropper’s essay is a beautiful poem by James Fenton.

James Fenton was born in Lincoln, England, in 1949 and educated at Magdalen College, Oxford. He has worked as a political journalist, drama critic, book reviewer, war correspondent, foreign correspondent and columnist, including for the New York Review of Books. He is a Fellow of the Royal Society of Literature. Fenton received the Queen’s Gold Medal for Poetry in 2007, and in 2015 won the PEN Pinter Prize. 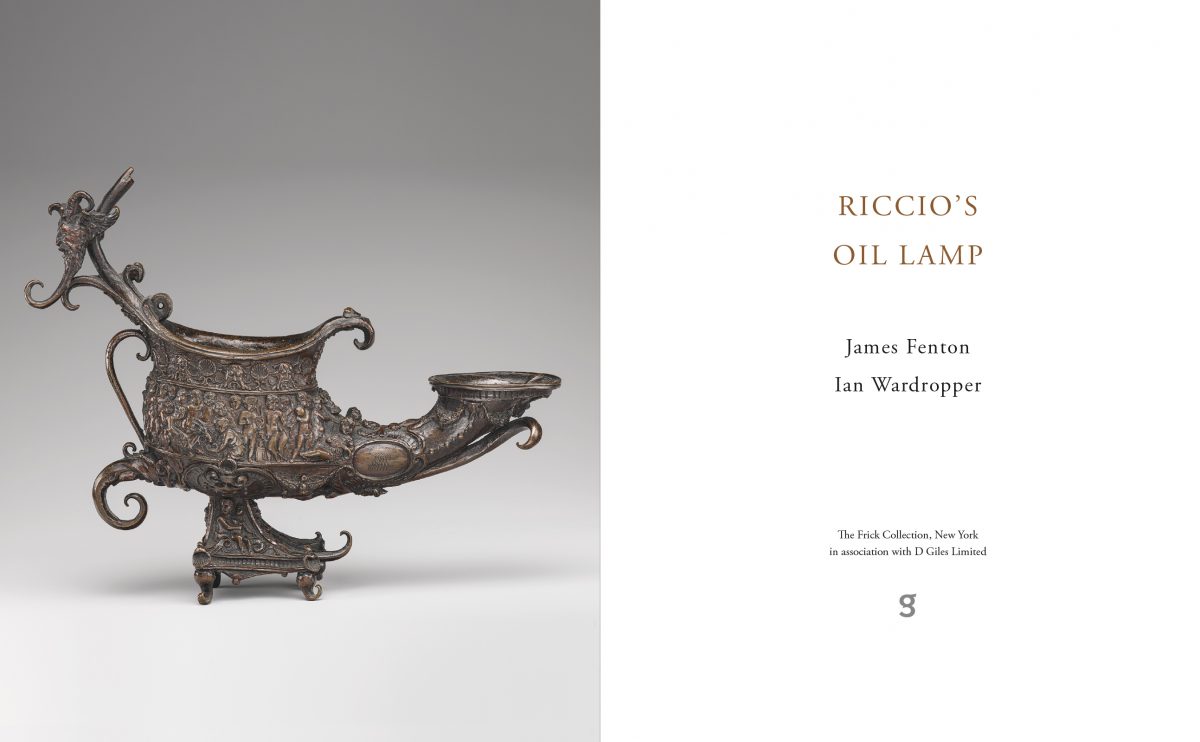 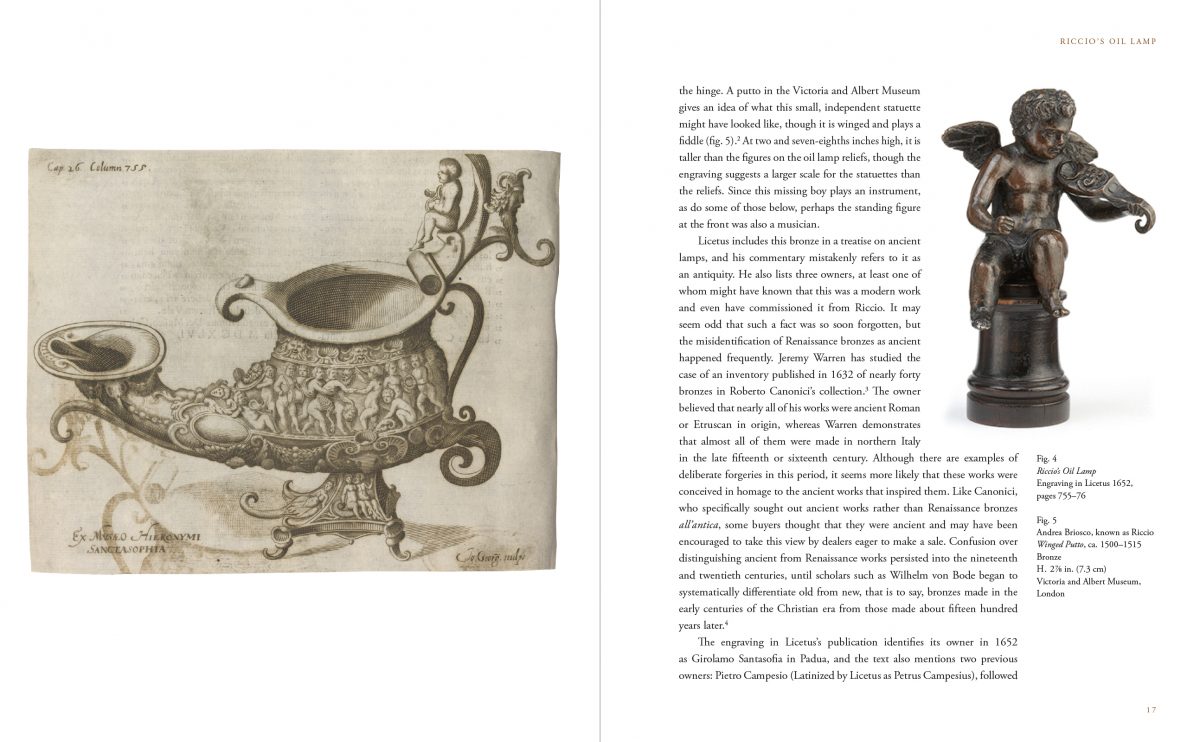 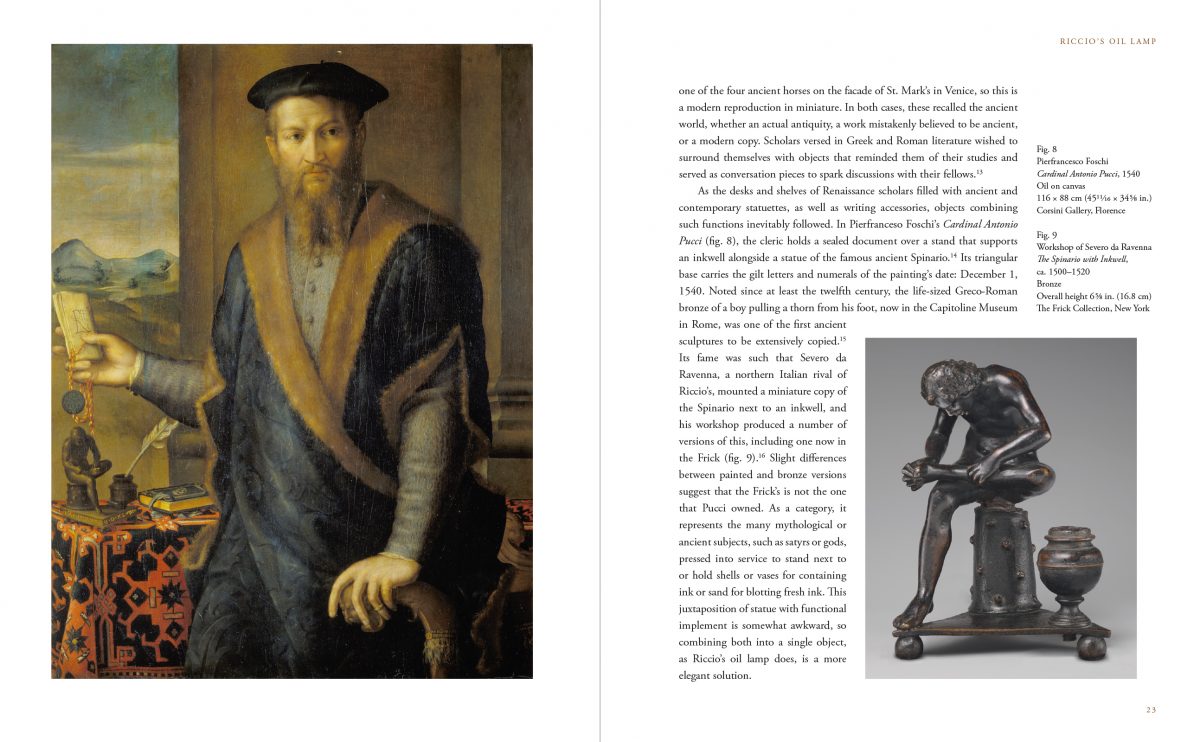 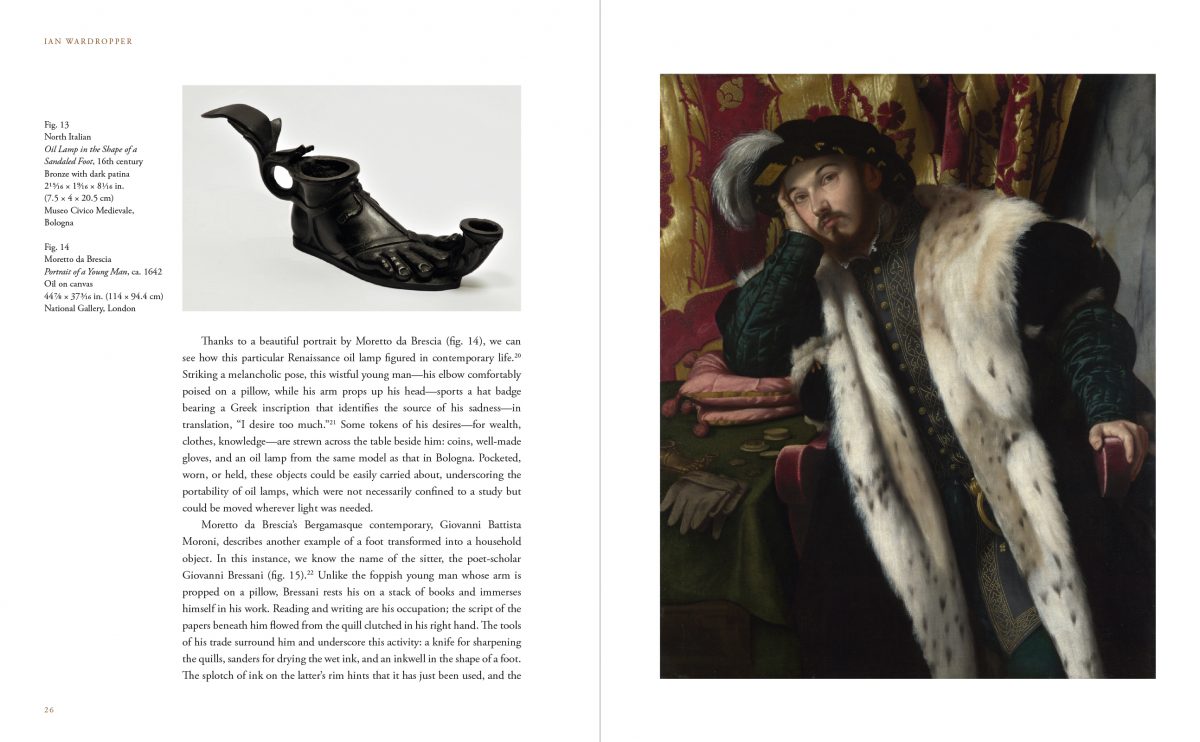 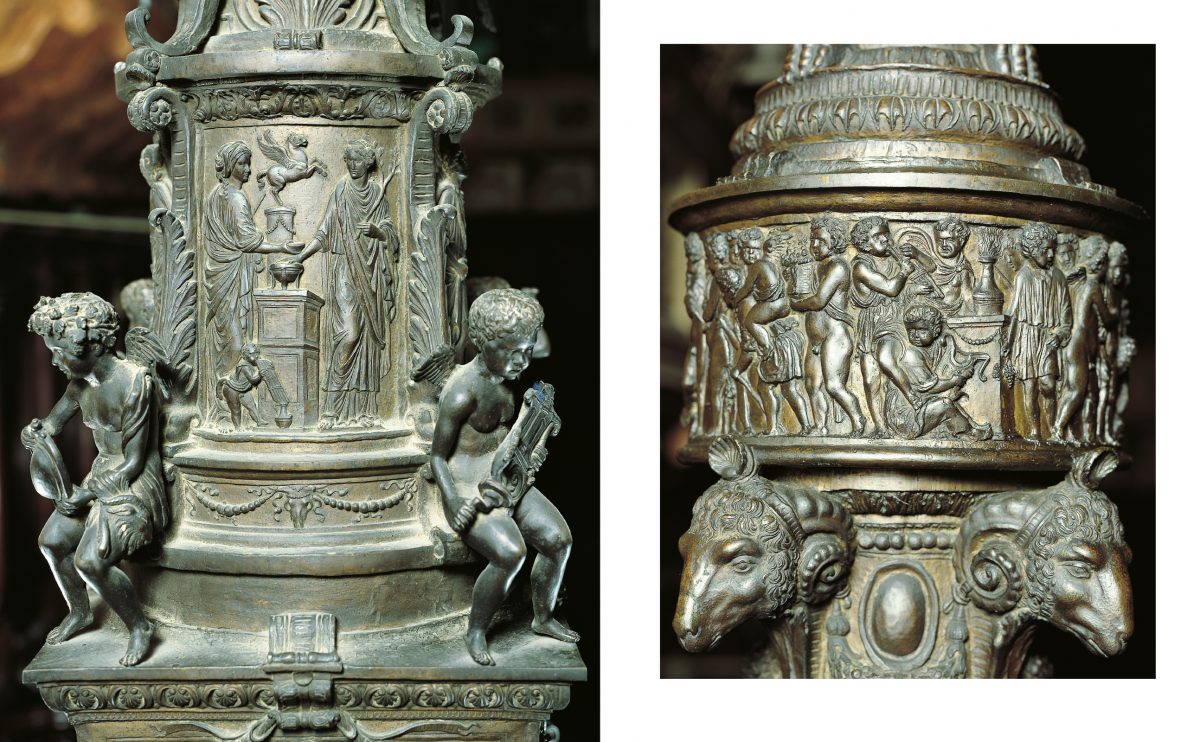 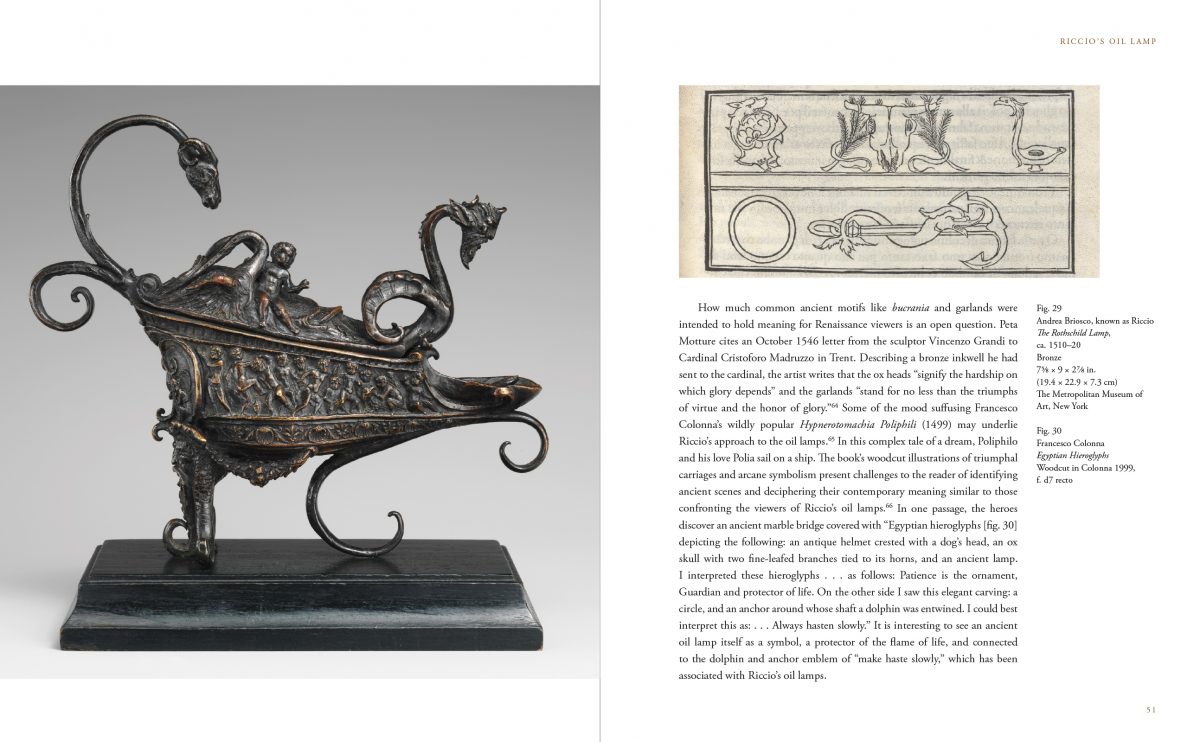