The British Passion for Landscape

In association with the American Federation of Arts

A survey of the richness of British landscape art from the late 18th century to the present day.

Featuring some eighty oil paintings, watercolours, drawings, and photographs from the remarkable collections of Amgueddfa Cymru–National Museum Wales, this volume traces the history of the landscape genre in Britain from the eras of classicism and the picturesque, through Romanticism, Impressionism, Neo-Romanticism, and modernism, up to the environmentally conscious land art of the 21st century.

The book includes two major essays, one by Tim Barringer on the tradition of British landscape painting and its evolution in an increasingly industrialised society, and the other by Oliver Fairclough on the significance of the Welsh landscape within the British tradition. Beautifully illustrated catalogue entries showcase works by renowned artists such as John Constable, Thomas Gainsborough, Claude Monet, Alfred Sisley, J. M. W. Turner, and Joseph Wright of Derby, and offer new insights into the variety of artistic expressions inspired by the British landscape.

Pastures Green & Dark Satanic Mills demonstrates the primacy of the land in British art over the last 250 years: contemporary works such as Richard Long’s photo pieces based on hiking in the Welsh mountains echo the poetics of place as deeply as Richard Wilson’s landscape paintings of the 18th century.

Tim Barringer is Paul Mellon Professor of the History of Art at Yale University, where he specialises in the eighteenth-, nineteenth-, and twentieth-century art of Britain and the British Empire. His books include Before and After Modernism (2010), Opulence and Anxiety (2007), Men at Work: Art and Labour in Victorian Britain (2005), and Reading the Pre-Raphaelites (1998). He has curated exhibitions and co-authored the catalogues of Pre-Raphaelites: Victorian Avant-Garde (with Alison Smith and Jason Rosenfeld, 2012); Art and Emancipation in Jamaica: Isaac Mendes Belisario and His Worlds (with Gillian Forrester and Bárbaro Martínez-Ruiz, 2007); and American Sublime: Landscape Painting in the United States, 1825–1880 (with Andrew Wilton, 2002).
Oliver Fairclough is Keeper of Art at Amgueddfa Cymru–National Museum Wales. He is the author, co-author, and editor of several English- and Welsh language publications, including Companion Guide to the Welsh National Museum of Art / Llawlyfr yr Amgueddfa Gelf Genedlaethol (2011); Turner to Cézanne: Masterpieces from the Davies Collection, National Museum Wales (with Ann Sumner and Bryony Dawkes, 2009); Things of Beauty: What Two Sisters Did for Wales / Cyfoeth, Celf a Chydwybod: Llafur Cariad Chwiorydd Gregynog (2007); and A Companion Guide to the National Art Gallery (with Mark Evans, 1997). 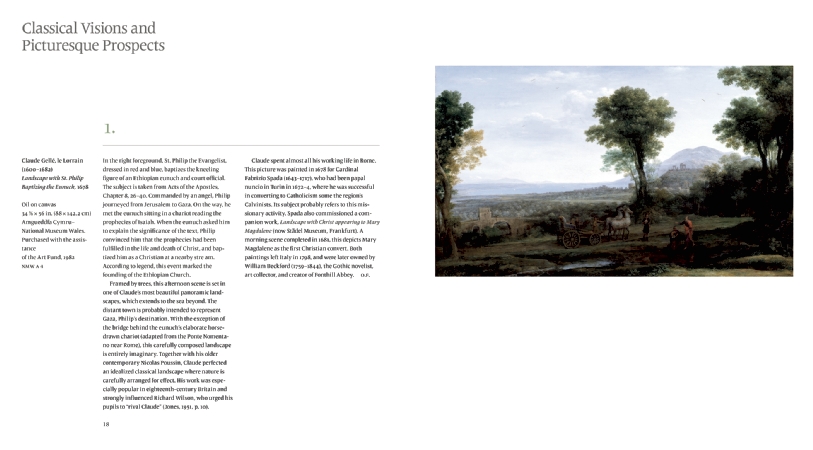