In association with The Cleveland Museum of Art

New book on a spectacular, and unique, example of Medieval craftsmanship

Rare and enigmatic, the Cleveland Museum of Art’s Table Fountain has somehow survived nearly intact for 700 years. A medieval automaton, the table fountain is an exquisite piece of Gothic architecture in miniature with parapets, arcades, vaults, and columns. Intimate scenes in translucent and opaque enamel plaques, along with nozzles in the shapes of lions and dragons, add to its fascination. But it is kinetic as well: water wheels and bells capture the sight and sound of flowing water. Other such fountains are mentioned in royal inventories, but they were probably melted down for other uses.

Acquired by the museum in 1924, this object inspires many questions about its origins and history. Given its extreme rarity, early scholarship introduced many misunderstandings; Myth and Mystique: Cleveland’s Gothic Table Fountain addresses these lingering questions. Stephen Fliegel assesses the fountain in the context of a group of objects including luxury silver, hand-washing vessels, enamels, illuminated manuscripts, and a painting, each of which informs some aspect of its history, functionality, presumed use, materials, technique, dating, and style. Elina Gertsman writes on the importance of fountains, and gardens, in the medieval world.

Stephen N. Fliegel is curator of medieval art at the Cleveland Museum of Art, for which he has made important acquisitions, organized collection and loan exhibitions, and published numerous scholarly articles on the museum’s medieval collection. He is the author of The Jeanne Miles Blackburn Collection of Manuscript Illuminations (1999), Art from the Court of Burgundy: The Patronage of Philip the Bold and John the Fearless, 1364–1419 (2004), Arms and Armor: The Cleveland Museum of Art (1998, 2007), Resplendent Faith: Liturgical Treasuries of the Middle Ages (2009), A Higher Contemplation: Sacred Meaning in the Christian Art of the Middle Ages (2012), and The Caporali Missal: A Masterpiece of Renaissance Illumination (2013), and contributed to the exhibition catalogues Vatican Treasures: Early Christian, Renaissance, and Baroque Art from the Papal Collections (1998), The Book of Kings: Art, War, and the Morgan Picture Bible (2002), and Sacred Gifts and Worldly Treasures (2007).

Elina Gertsman is professor of art history at Case Western Reserve University. She is the author of The Dance of Death in the Middle Ages: Image, Text, Performance (2010), which won the 2014 John Nicholas Brown Prize, and of Worlds Within: Opening the Medieval Shrine Madonna (2015), shortlisted for the Charles Rufus Morey Book Award; the editor of Visualizing Medieval Performance: Perspectives, Histories, Contexts (2008), Crying in the Middle Ages: Tears of History (2011, 2013), and Animating Medieval Art, a special issue of Preternature (2015); and co-editor of Thresholds of Medieval Visual Culture: Liminal Spaces (2012). 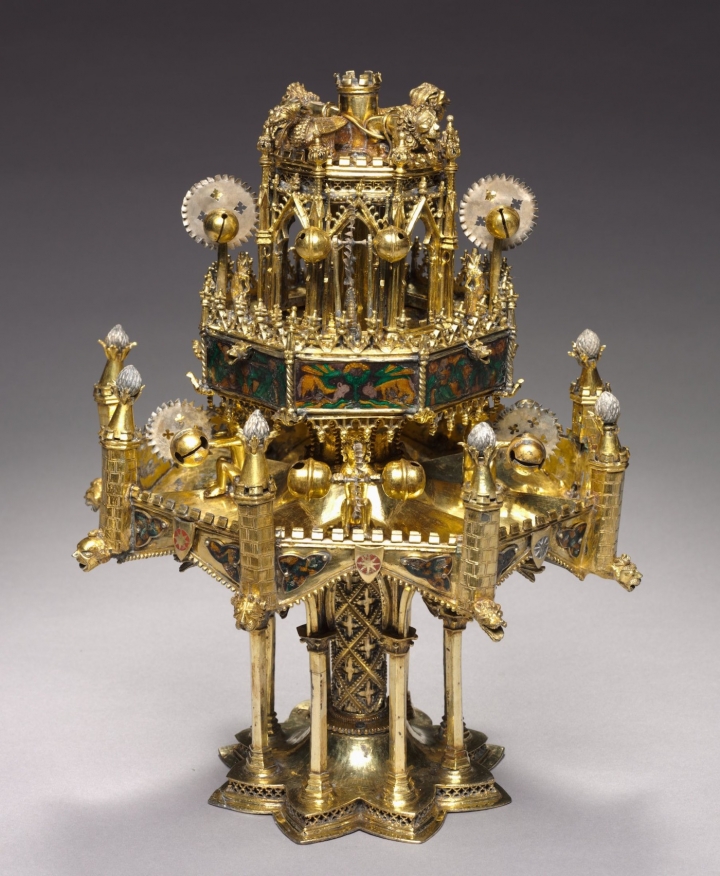