Art and Novelty in Nineteenth-Century Pittsburgh

A vibrant study of the history and production of the Bryce glass company, one of the most successful designers and producers of pattern glass tableware, novelties and lamps in the nineteenth century.

Scottish immigrant James Bryce (1812–1893) began his glassmaking career at the age of ten as a child labourer on the floor of a Pittsburgh glasshouse working for $1.25 a week. In 1850 he founded his own glassware company just as pressed glass was increasing in popularity. Pressed glass transformed the lives of everyday people by making beautiful tableware widely available to those who could not afford the expensive blown and cut crystal enjoyed by their wealthy neighbors. Bryce became one of the largest producers of pattern glass in America and by 1871 was shipping its products all over the world. The company continued operations for 113 years, guided by second and then third generation family members.

This volume celebrates the beauty and artistry of the naturalistic designs, colorful tableware, and whimsical novelties Bryce produced between 1850 and 1891. At its heart, this book is a highly-illustrated work with 190 newly commissioned color plates beautifully photographed by leading decorative arts photographer Gavin Ashworth. It concludes with a compendium of authenticated Bryce products illustrated primarily with period line drawings that will be a valuable tool for both sophisticated glass scholars and casual collectors alike.

Debra Coulson is a life-long Pittsburgher, retired environmental attorney, and long-time collector of American antiques, with a particular interest in early Pittsburgh history.

Bryce glass is in Harley Trice’s blood—he is a great-great-grandson of company founder James Bryce. He is actively engaged in the antiques and art community, co-authoring publications, and organizing and cataloguing exhibitions highlighting the best of nineteenth-century western Pennsylvania art and antiques, especially glass. 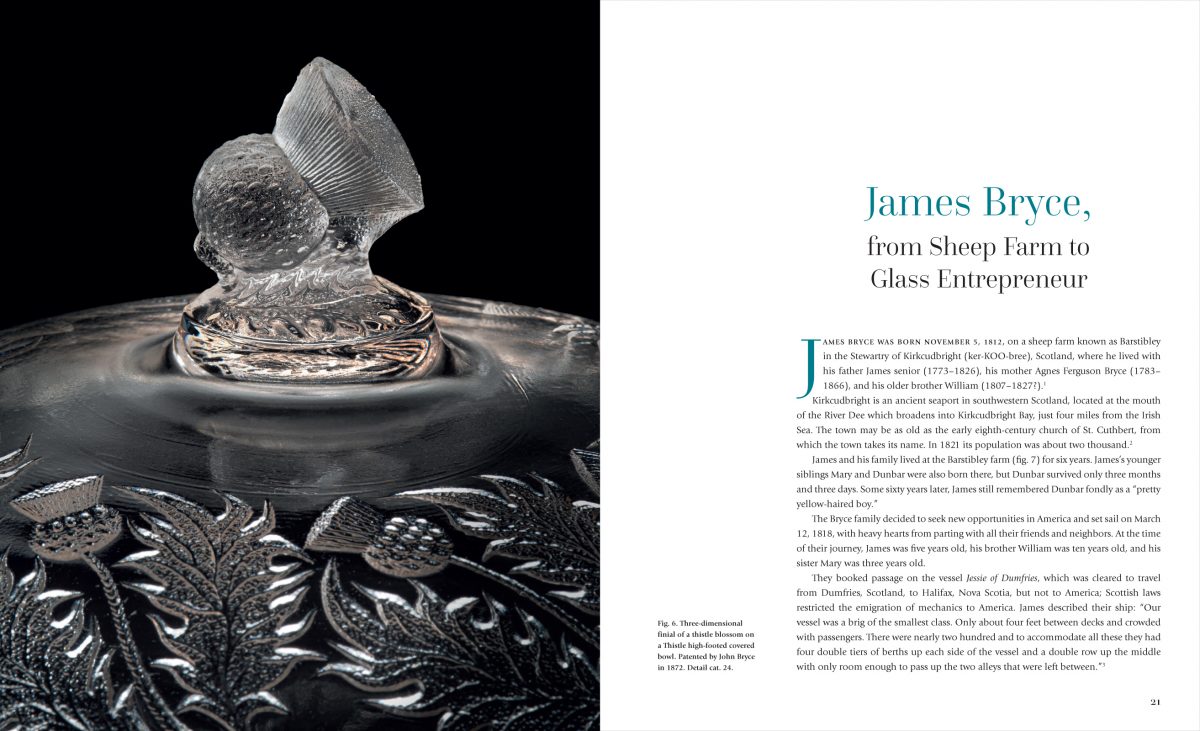 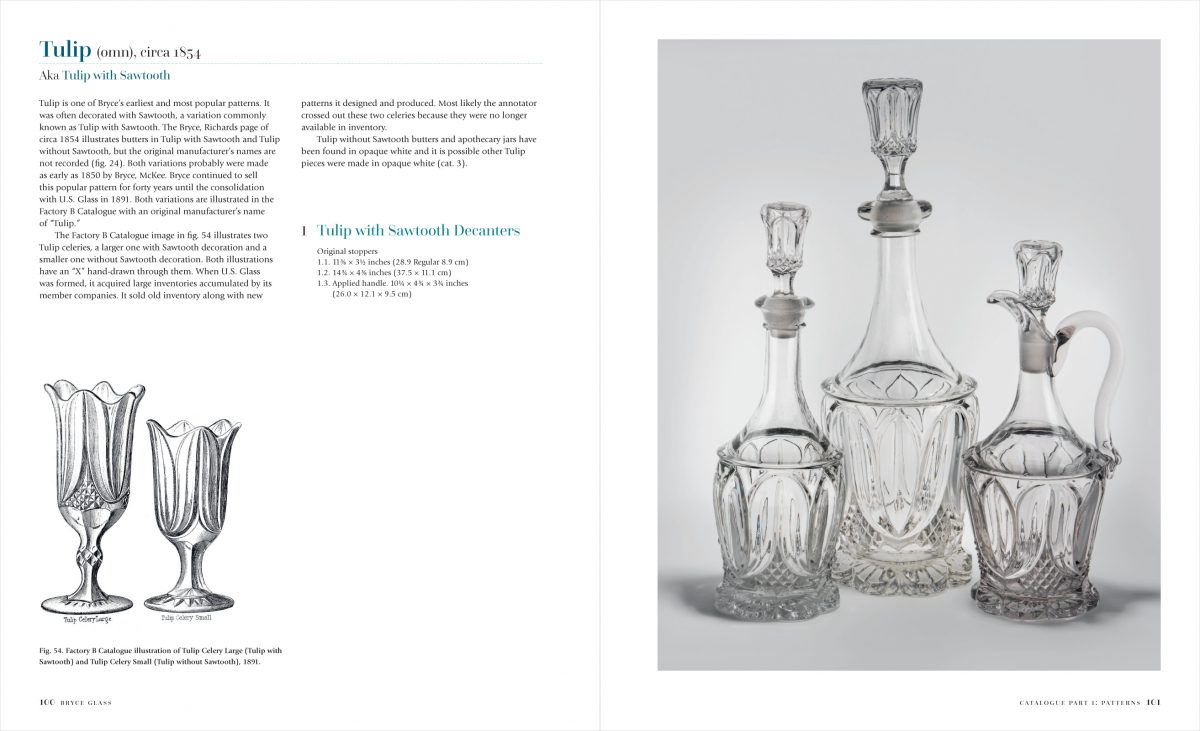 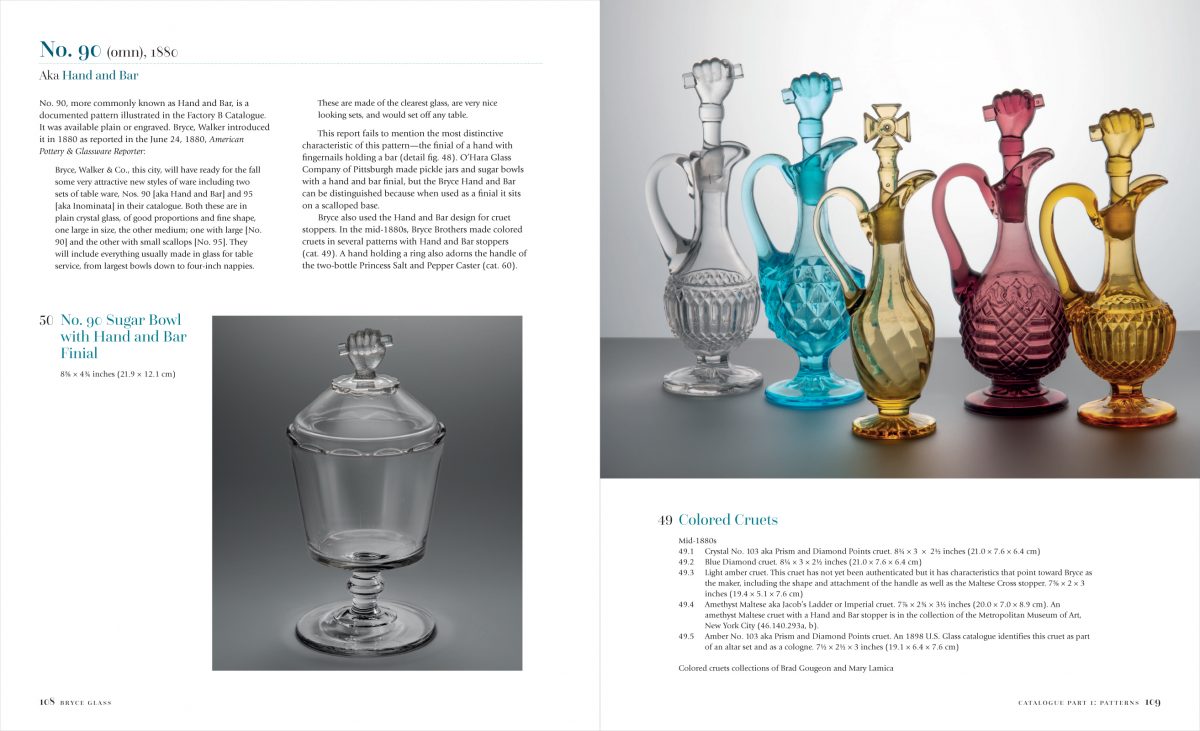