An engaging, enlightening visual account of the progression, impact, and legacy of the Vietnam War.

“In the twenty-first century, the war’s complicated legacy continues to unfold. Vietnam presented a deep challenge to the nation’s self-image of moral authority and military invincibility. The war may be in the past, but the questions raised by America’s many years of military involvement in Vietnam are as alive as ever.” – From the essay, ‘Why Does the Vietnam War Matter?’

This vividly illustrated book offers a clear and engaging account of the full expanse of the Vietnam War—its causes, conduct, and consequences on the warfront, as well as reaction to the war back home. The Vietnam War was the first major conflict to be televised on a regular basis, with the number of Americans injured and dead announced nightly. The public’s response to images beamed directly into their living rooms played an important role in the eventual outcome of the war and in the decisions of the American military command.

Packed with photographs, posters and other images that evoke the period, this volume traces the history of American involvement in Vietnam from 1945 to 1975. Six short essays and nearly 50 chronological entries highlight the places, people, key events and important questions of the era. More than 40 years have passed since the Vietnam War came to an end, but its far-reaching impact continues to reverberate today and is especially timely. Grounded in recent scholarship, The Vietnam War integrates multiple perspectives as it brings home the complexity of one of the momentous events of the twentieth century.

David Parsons is a social and cultural historian of 20th century America, teaching at the Gallatin School of Individualized Study, New York University. He also hosts a weekly podcast called The Nostalgia Trap that uses personal biographies to explore the social, political, and cultural history of the past several decades.

Lily Wong is a research associate at New-York Historical Society. 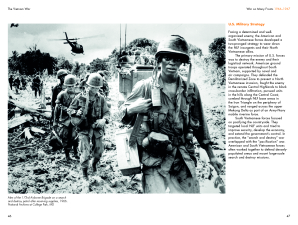 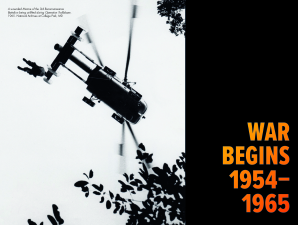