Jews, Christians, and the Altarpieces of Medieval Spain

In the multicultural society of late medieval Spain, Jewish and Christian artists worked together to produce retablos (large multi-panelled altarpieces) as well as Latin and Hebrew religious manuscripts. This richly illustrated volume explores the methods, imagery, workshop locations, and shop styles, and the relationship between Christians and Jews at this time, including their portrayal of one another through dress and appearance. It also offers a significant investigation into the position of the Jewish community in medieval Spain against the backdrop of rising antisemitism and the growth of the Inquisition.

The authors take us on a journey from the general to the particular, and include a study of Jewish communities within Spanish society of the fourteenth and fifteenth centuries by Thomas F. Glick; a survey of the painting of the period by Carmen Lacarra Ducay; an examination of specific artworks that address the issue of Jewish–Christian relationships by Vivian B. Mann; and a historiography of scholarship on Jewish involvement in the creation of Spanish medieval art by Marcus B. Burke. The volume also features a glossary and a selected bibliography.

Marcus B. Burke is currently the senior curator in the Museum Department, The Hispanic Society of America, New York. Dr. Burke has taught at Yale University, SUNY Purchase, and the University of Texas. Dr. Burke co-curated the 1990 exhibition, Mexico: Splendors of Thirty Centuries at the Metropolitan Museum of Art. He has been a guest curator at the Art Museum of South Texas, the Davenport Museum of Art, Iowa, and the Heckscher Museum of Art, Huntington, New York.

Carmen Lacarra Ducay is an art historian and professor of Ancient and Medieval Art History at the University of Saragossa, where she specialises in medieval art from Aragon and Romanesque and Gothic art from Navarre (from the twelfth to the fifteenth centuries). She has served as consultant to numerous exhibitions, including The Splendor of the Renaissance in Aragon (2009–10); The Journey of Cosimo III de’ Medici to Santiago de Compostela (2004–5); and Hispano-Flemish Gothic Painting: Bartolomé Bermejo and his Time (2003).

Thomas F. Glick is an American academic who taught in the departments of history and gastronomy at Boston University from 1972 to 2012. A historian of medieval science and technology, he has specialised in the impact of Muslim culture on Christian Spain. His books include Islamic and Christian Spain in the Early Middle Ages (2nd ed., 2005) and From Muslim Fortress to Christian Castle (1995). He is co-editor of Medieval Science, Technology and Medicine: An Encyclopedia (2005).

Vivian B. Mann (1943-2019), was professor emerita of Jewish Art and Visual Culture at The Jewish Theological Seminary, and, for many years, the Morris and Eva Feld Chair of Judaica at The Jewish Museum. Her book Art and Ceremony in Jewish Life: Essays in Jewish Art History, was published in 2005. In 1999 Mann received the Jewish Cultural Achievement Award in Jewish Thought from the National Foundation for Jewish Culture. She was senior editor of Images: A Journal of Jewish Art and Visual Culture. 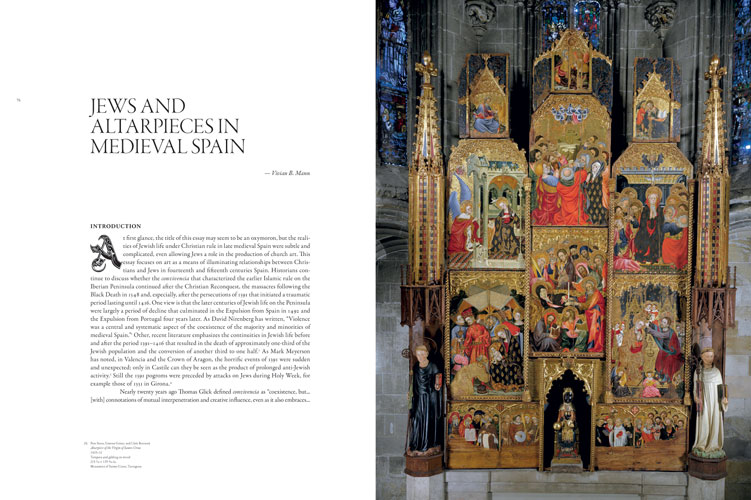 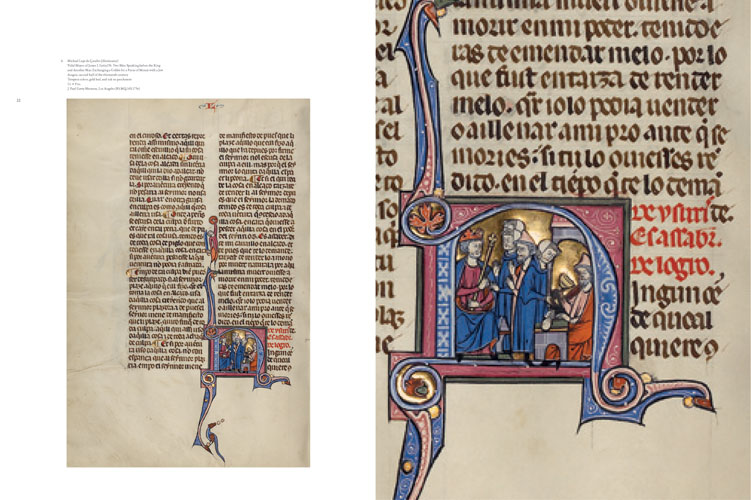