Louis C. Tiffany and the Art of Devotion

Louis C. Tiffany and the Art of Devotion

Louis C. Tiffany and the Art of Devotion focuses on the vast assortment of church decorations and memorials produced by Louis C. Tiffany (1848–1933) and the Tiffany Studios

‘We must have a combination of the physical and mental in fine art decoration — the objective and subjective must be married and intimately blended by the subtle employment of color, as the composer employs the moods of music’—Louis C. Tiffany

For over half a century, Tiffany oversaw the production and marketing of a multitude of decorative elements for many of America’s leading congregations—Protestant, Catholic, and Jewish. Although an important part of the ecclesiastical business consisted of the vibrantly coloured leaded-glass windows most famously associated with his name, Tiffany was interested in the bigger picture and employed designers, draughtsmen, and craftspeople to produce a complete interior design including mosaics, windows, floors, lighting, furniture, altarpieces, pulpits, candlesticks, headstones and mausolea, vestments, and jewellery. Works in all media including marble, glass, wood, metal, and fabric could be bought “off the shelf” or as special commissions designed for a particular patron.

This beautifully illustrated volume includes preliminary designs, cartoons, watercolour sketches, and archival photographs of these windows, interiors, and pieces of ecclesiastic furniture, many never published before.

Elka Deitsch is curator of Jewish Art and a consultant specializing in private collections. She has created numerous exhibitions and catalogues on a wide range of subjects related to Jewish history, art and culture. She was the inaugural and senior curator at the Bernard Museum of Judaica at Temple Emanu-El in New York City for fifteen years and is currently working on a book on Judaica to be published in 2019.
Elizabeth De Rosa is an independent curator and historian specializing in Art Nouveau and Art Deco in Europe and America. Her exhibitions include Tiffany: Behind the Glass at the Queens Museum (2001). Most recently, she contributed a chapter on Tiffany designer Jacob Adolphus Holzer (American, b. Switzerland, 1858–1938) to Tiffany’s Glass Mosaics (2017). .
Alice Cooney Frelinghuysen is Anthony W. and Lulu C. Wang Curator of American Decorative Arts, the Metropolitan Museum of Art. Winner of the Robert C. Smith Award of the Decorative Arts Society, she is the co-author of Louis Comfort Tiffany and Laurelton Hall: An Artist’s Country Estate (2006) and The Lamps of Louis Comfort Tiffany (2005).
Lindsy R. Parrott is the director/curator at the Neustadt Collection of Tiffany Glass in New York. She is the co-author with Alice Cooney Frelinghuysen of Louis Comfort Tiffany: Nature by Design (2009).
Patricia C. Pongracz is the executive director of Macculloch Hall Historical Museum in Morristown, NJ. Until August 2015, she was an Andrew W. Mellon Fellow at The Metropolitan Museum of Art. Under the auspices of The American Wing, she researched Tiffany Studios’ interiors designed for American synagogues from 1890 through 1930. She was formerly the director of Curatorial Affairs at the Museum of Biblical Art. Her books include Perspectives on Medieval Art: Learning through Looking (2010), co-edited with Ena G. Heller.
Jennifer Perry Thalheimer is curator and collection manager at the Charles Hosmer Morse Museum of American Art in Winter Park, Florida. She contributed to the exhibition catalogue for and oversaw the Morse’s collaboration on the exhibition Louis Comfort Tiffany and Laurelton Hall: An Artist’s Country Estate at the Metropolitan Museum of Art in 2006. She has published and lectured on the subject of American decorative art and curated the Morse Museum’s expansion, Louis Comfort Tiffany’s Laurelton Hall.
Peter W. Williams is Distinguished Professor of Comparative Religion and American Studies, Department of Comparative Religion, Miami University. He is the editor (with Charles H. Lippy) of Encyclopedia of Religion in America (2010) and author of America’s Religions: From the Origins to the Twenty-First Century (2001).
Diane C. Wright is the curator of glass at the Toledo Museum of Art.Since 2014 Wright served as the Carolyn and Richard Barry Curator of Glass at the Chrysler Museum of Art in Norfolk, Virginia. She is a recognized scholar of the windows and mosaics of Louis Comfort Tiffany and his studio. 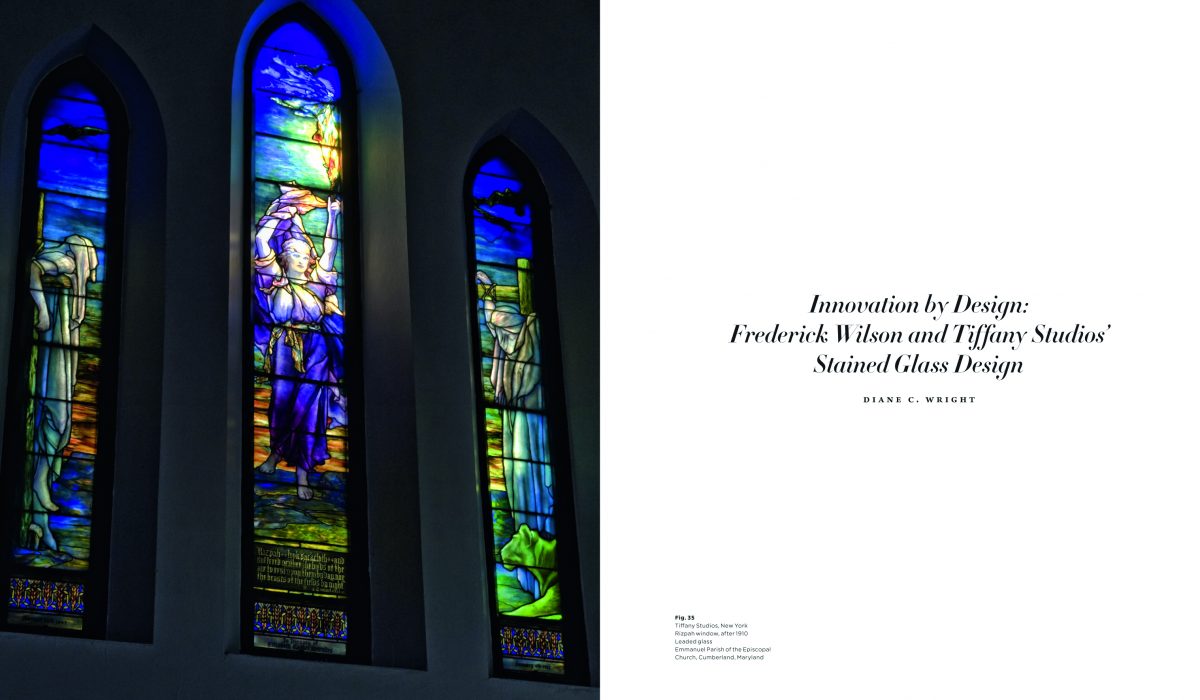 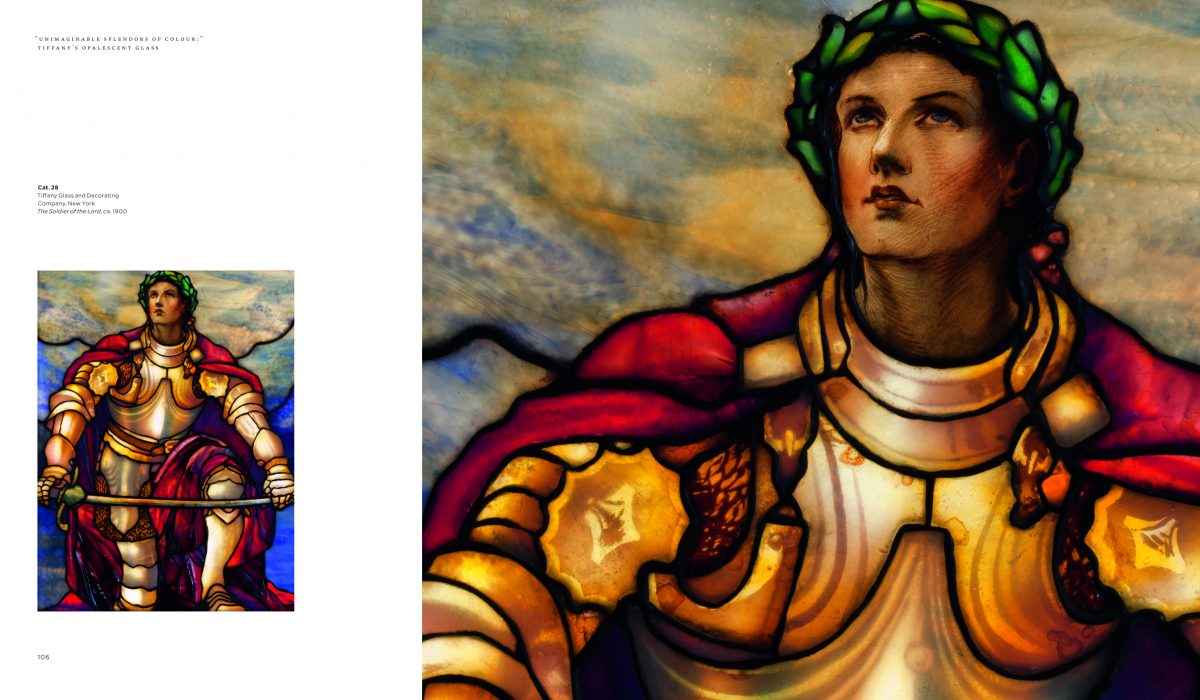 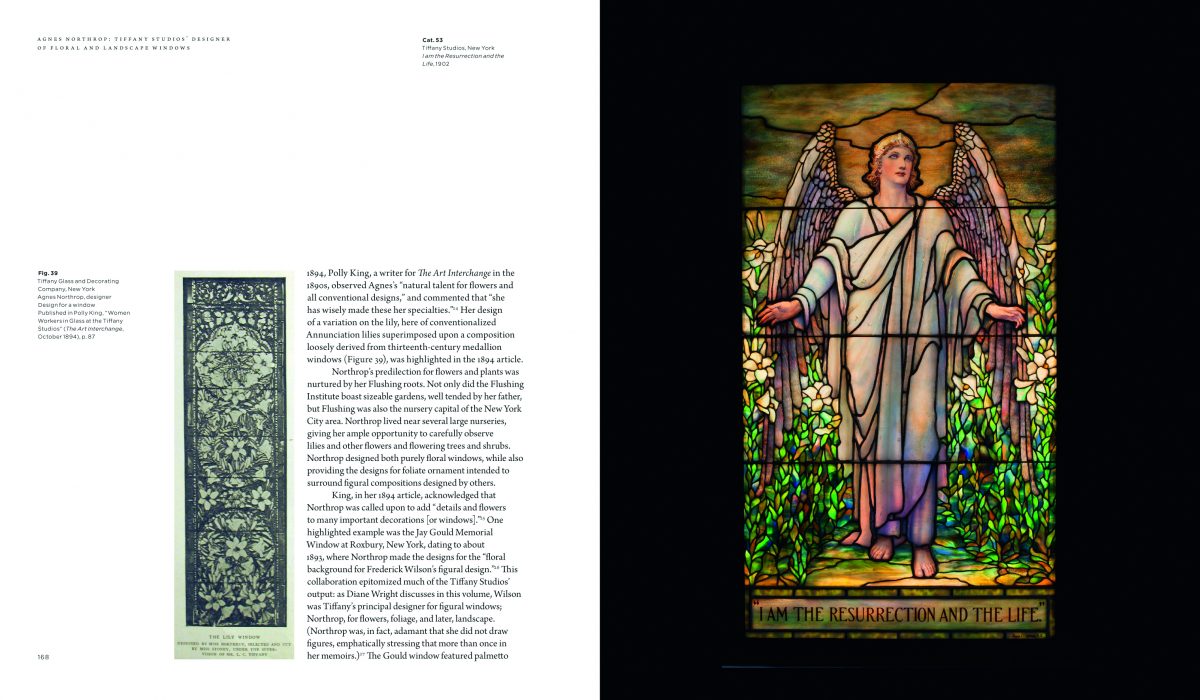