The Making of a London Landmark

In association with the Charterhouse

A fascinating journey through the history, architecture and life of one the oldest buildings in the City of London

The Charterhouse is one of London’s most evocative places. The complex owes its existence to the Black Death of 1348 and the buildings have been many things since then: a Carthusian monastery, a Tudor courtier’s house, a charity school and an almshouse – which it remains today. This history contains episodes of violent destruction alongside periods of secluded calm. It is a remarkable story.

This volume brings together a number of distinguished authors, all of whom have reason to know the Charterhouse well. Their expert insights reveal a place of historical, architectural and above all human fascination. Alongside the texts runs a photographic essay by Lawrence Watson – a day in the life of the Charterhouse. His compelling images capture the beauty and atmosphere of the Charterhouse today, a place where ordinary lives are lived in extraordinary surroundings.

Cathy Ross is an Honorary Research Fellow at the Museum of London; Lawrence Watson is a world renowned photographer who is famous for his contributions to the New Musical Express; Nigel Llewellyn recently retired from Tate where he established and ran the Research Department, 2007–2015; Todd Longstaffe-Gowan is a landscape historian and gardens adviser to Historic Royal Palaces; Julian Luxford is reader in Art History at the University of St Andrews; Eric Parry established Eric Parry Architects in 1983 and was elected Royal Academician (RA) in 2006; Stephen Porter has published a definitive history of the charity The London Charterhouse (2012); Catherine Smith has been the Archivist at Charterhouse School since 2009. 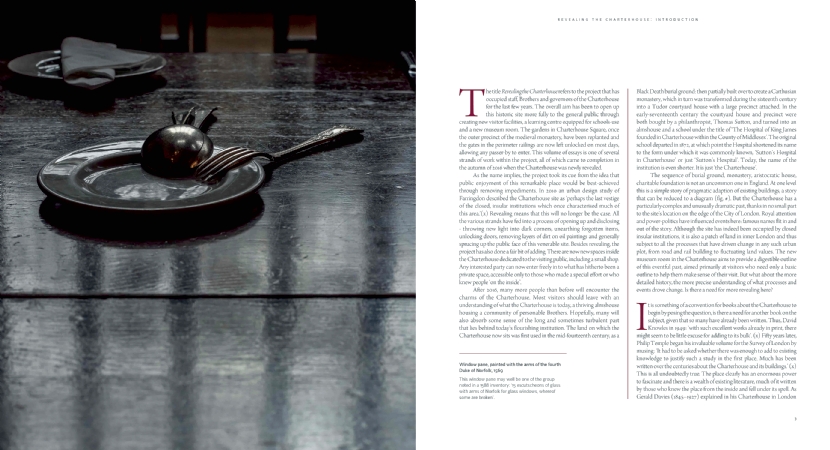 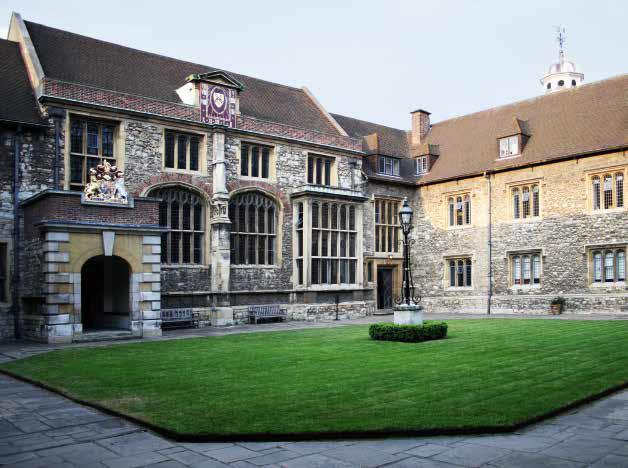