The first major exploration of the role and presentation of the Greek god Poseidon, later known as the Roman god Neptune, in his various manifestations across the ancient  Mediterranean world

The realms of Poseidon encompassed virtually every aspect of life in the ancient Mediterranean world, from mythology and cult to daily activities. Poseidon and the Sea: Myth, Cult, and Daily Life explores each of these three domains. Inspired by a nearly life-sized marble statue of the god in the outstanding antiquities collection of the Tampa Museum of Art, this volume brings together 125 works of ancient art, including sculpture, pottery, glass, metalwork, and coins. Beyond their clear appeal to students and scholars of the classical world, these works, held by leading institutions and collectors in the United States and Europe, including the J. Paul Getty Museum, the Michael C. Carlos Museum in Atlanta and the Museo Nazionale Archeologico, Florence, offer all readers an intimate look at the continuing resonance of Poseidon and the timeless beauty and wonder of marine life.

Contributions by top specialists examine the myth, iconography, and religious cult of Poseidon, who ruled over not just the sea, but also horses and natural phenomena from floods to earthquakes. Neptune and Nethuns, his Roman and Etruscan analogues, are also discussed, as well as the significance of the sea in everyday life. There are fascinating insights on ancient shipbuilding, maritime trade, and naval warfare, as well as seafood and the many ancient activities related to it, from fishing and fish breeding to the processing of fish and its byproducts.

Seth D. Pevnick is curator of Greek and Roman art at the Cleveland Museum of Art.and was chief curator and Richard E. Perry Curator of Greek and Roman Art at the Tampa Museum of Art; Robert I. Curtis is professor emeritus of Classics at the University of Georgia; Nancy T. de Grummond is M. Lynette Thompson Professor of Classics and Distinguished Research Professor at Florida State University; Angeliki Kokkinou is head of the Archaeologists/Hosts of the Department of Learning at the Acropolis Museum in Athens, Greece; Jeffrey Maish is associate conservator in the Department of Antiquities of the J. Paul Getty Museum at the Getty Villa, Malibu, CA; William M. Murray is Mary and Gus Stathis Professor of Greek History at the University of South Florida; Erika Simon, who died in February 2019, was professor emerita of Classical Archaeology at the University of Würzburg, Germany. 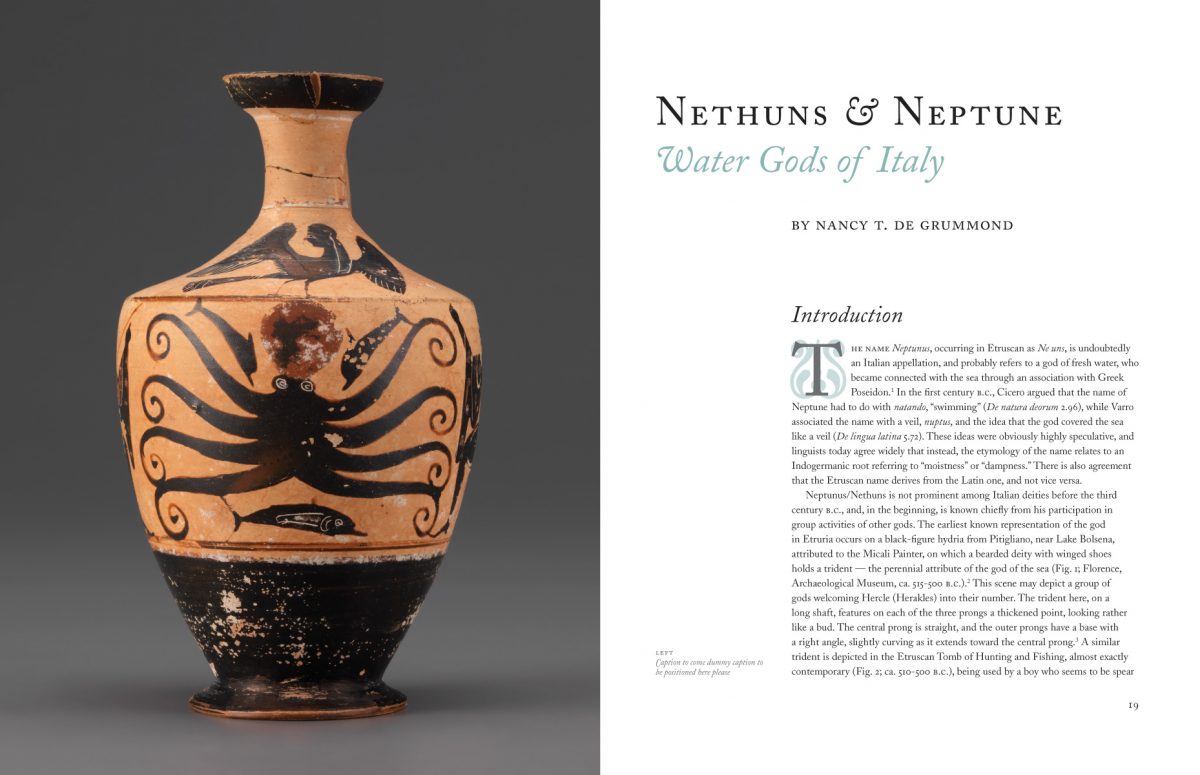 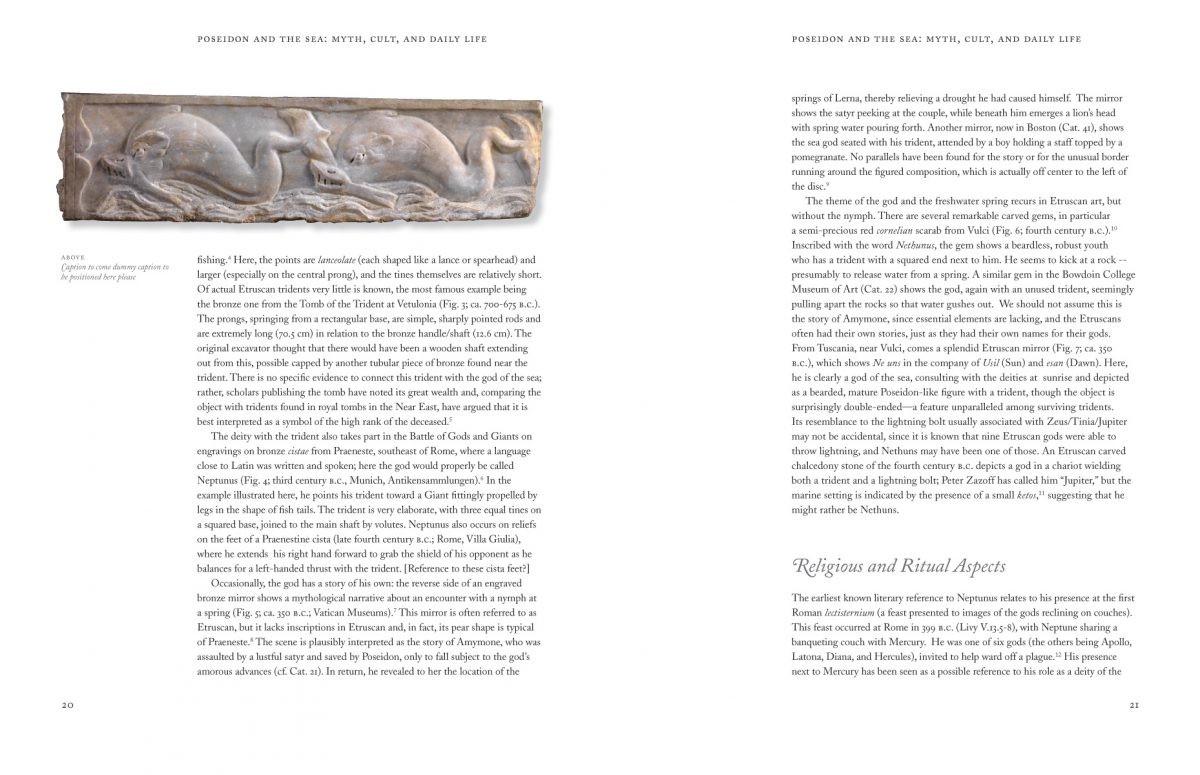 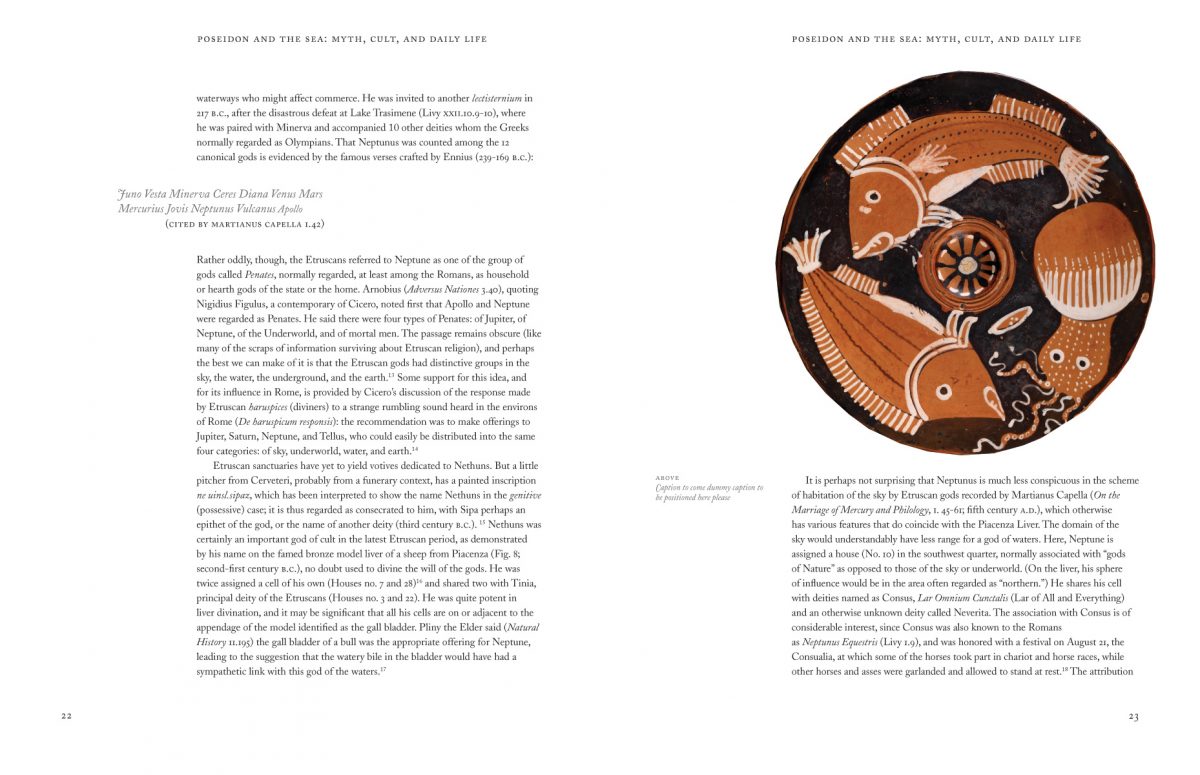