Highlights from the Washington County Museum of Fine Arts

Celebrates 100 paintings, sculptures, works on paper, and decorative arts in the Washington County Museum of Fine Arts in Hagerstown, Maryland.

The Washington County Museum of Fine Arts opened in 1931 with a small but very fine collection, and was the product of the unique vision and generosity of a remarkable woman, Anna Brugh Singer. A native of Hagerstown, in 1895 Anna had married William H. Singer Jr., a Pittsburgh native, and the son of a partner of the steel magnate Andrew Carnegie. For Anna Singer, providing the Museum was an extraordinary act of devotion to and remembrance of her home community. Since its opening the Museum has grown and now assumes its role as the region’s versatile cultural centre. This development has been matched by directors and trustees who have added to the collection through purchases and generous gifts.

This book reveals the Museum’s strengths and variety, with short entries by scholars on each object that discuss the work’s place in the career of its creator, in the historical context of its period, and in art history. Tthere are major examples by leading American 18th- and 19th-century artists, including Albert Bierstadt, Thomas Birch, William Merritt Chase, Thomas Cole, Childe Hassam, Robert Henri, Joshua Johnson, George Luks, Willard Metcalf, Thomas Moran, and Charles Willson Peale. The work of leading old master and 19th-century European artists also features prominently, including works by Tintoretto, Bassano, Antoine-Louis Barye, Gustave Courbet, and Auguste Rodin. Twentieth-century art is represented in works by Milton Avery, Philip Guston, Norman Rockwell, Frank Stella, and a host of regional artists. Examples of wonderful items of decorative art also feature in the volume, and include a silver tea service by Christopher Dresser, Tiffany silver and glass, and earthenware by George Ohr. The collection of decorative arts at WCMFA has grown significantly over the last decades, with the addition of premier examples of glassmaking, including fine examples of French Moderne art Art Deco glass by René Lalique and Ruben Haley. 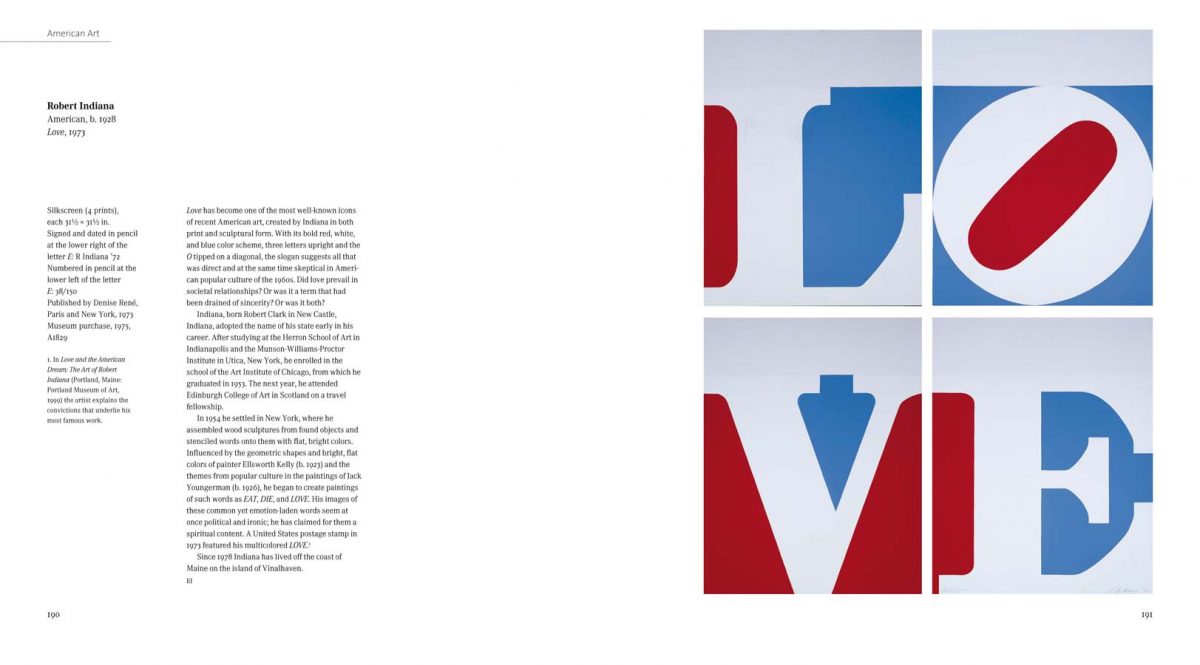