In association with the Art Gallery of Hamilton

An overview of the artistic legacy of William Blair Bruce, one of the pioneers of Canadian art, which offers an in-depth study of his life and practice.

This major survey of the work of William Blair Bruce is far more than an in-depth and engaging survey of his work. It is the story of an ambitious young Hamilton man who went to France to face the challenge of proving himself amongst the greatest artists of his time. It is the story of a man who met lasting love there in the midst of what was then the centre of the art world and whose work, following his premature death in 1906, gave rise to one of Canada’s best art museums.

The volume explores Bruce in his various geographic and artistic contexts, broadening our understanding of the painter, and his life and times. Among the first wave of Canadian painters to venture across the Atlantic in search of art education and exhibition opportunities, Bruce embarked for France in the summer of 1881 and never looked back. Into the Light follows the painter from his early days in Hamilton to Paris, to the French artists’ colonies of Barbizon, Giverny, and Grez-sur-Loing, and finally to Sweden where he and Benedicks settled on the island of Gotland in the middle of the Baltic Sea. There the couple built a magnificent home, which today houses the largest collection of works by both artists, and is managed by the Brucebo Foundation.

Tobi Bruce is senior curator of Canadian Historical Art at the Art Gallery of Hamilton.

Ross Fox is a decorative arts and material culture specialist who retired from the Royal Ontario Museum where for ten years he was the curator responsible for Early Canadian Decorative Arts.

William H. Gerdts is professor emeritus of Art History at the Graduate School of the City University of New York.

Richard W. Hill Sr. is an independent curator working from his home base at Six Nations Territory along the Grand River.

Anne Koval is associate professor of Art History in the Department of Fine Arts at Mount Allison University. 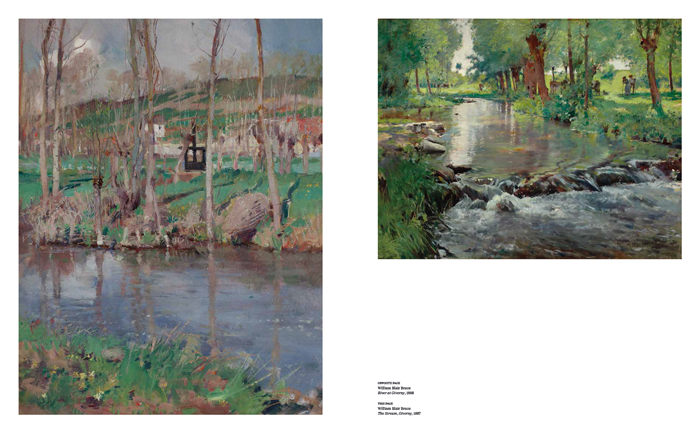