The Art of Francesco de Mura

Francesco de Mura, one of the greatest painters of the Golden Age of Naples, at last gains the attention he deserves in this first-ever scholarly publication on his work

Francesco de Mura’s (1696–1782) refined and elegant compositions, with their exquisite light and colour, heralded the Rococo in Naples, while his later classicist style led to the simplicity and sculptural quality of Neoclassicism. In the Light of Naples: The Art of Francesco de Mura reveals the power of his work through more than 160 illustrations, including details from his great frescoes and images of many of his key paintings—some published here for the first time.

The indisputable leader in his day of the Neapolitan School and the favourite of the reigning Bourbon King Charles VII (1735–59), Francesco de Mura was the chief painter of decorative cycles to emerge from the studio of Francesco Solimena (1657–1747), the great Baroque artist. Outstanding works in Naples include the enormous oil painting of The Adoration of the Magi (ca.1728) for the church of Santa Maria Donnarómita, and the stunning frescoes of The Adoration of the Magi (1732) in the apsidal dome of the church of the Nunziatella and, on the ceiling of the nave of the same church, The Assumption of the Virgin (1751). Nearly a third of De Mura’s works were destroyed in the American and British bombing of Naples during World War II, including, most tragically, his series of frescoes at the abbey of Monte Cassino. In this publication, essays by leading scholars explore the art of De Mura and his contemporaries, and trace the role of the Pio Monte della Misericordia, a charitable institution to which he bequeathed 192 artworks. A catalogue section features 45 artworks from museums and collections in North America and Europe, with an accessible, yet scholarly, discussion of each.

Arthur R. Blumenthal, director emeritus of the Cornell Fine Arts Museum at Rollins College—where In the Light of Naples: The Art of Francesco de Mura originated in 2016—was the guest curator of the exhibition. Dr. Blumenthal has written dozens of exhibition catalogues, books, and articles on Italian Renaissance and Baroque art, including Theater Art of the Medici (1980); Giulio Parigi’s Stage Designs: Florence and the Early Baroque Spectacle (1986); and Cosimo Rosselli: Painter of the Sistine Chapel (2001).

Nicola Spinosa is the former director of the Museo e Gallerie Nazionali di Capodimonte in Naples and former superintendent of all national museums in Naples. He is the world’s foremost scholar of Neapolitan Baroque art, and has curated more than 35 exhibitions in that area and written more than fifty articles on Francesco de Mura; De Mura’s master, Francesco Solimena; and other stars of the Golden Age of Naples, including his most recent book on Giovanni
Battista Caracciolo.

David Nolta is professor of the history of art at the Massachusetts College of Art and Design in Boston. In 1989, he wrote his doctoral dissertation at Yale University (under the supervision of the great American scholar of Neapolitan art, George Hersey) on “Francesco de Mura: Lives and Works.” As one of the co-authors of A Taste for Angels: Neapolitan Painting in North America, 1650–1750 (1987), he wrote the section on Francesco de Mura.

Loredana Gazzara is the curator and registrar of the Quadreria (Picture Gallery) at the office of the historic archives of the Pio Monte della Misericordia in Naples. Dr. Gazzara has published major articles on Francesco de Mura based on the archives at Pio Monte, as well as an important artistic guide, Napoli (2006).

Maria Grazia Leonetti Rodinò was the first female Governatore of Pio Monte della Misericordia and its first female director. She has a doctorate in the field of art-historical archives from the University of Naples, and was responsible for enlarging the galleries at the Picture Gallery and for founding their “Sette opere per la Misericordia,” a major contemporary art project. 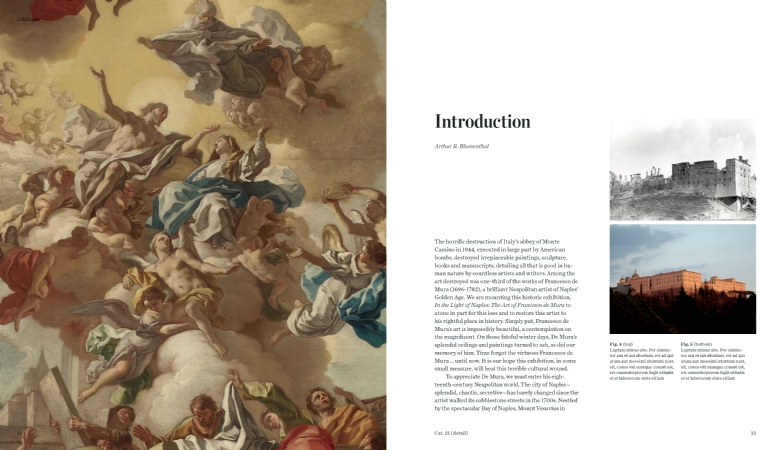 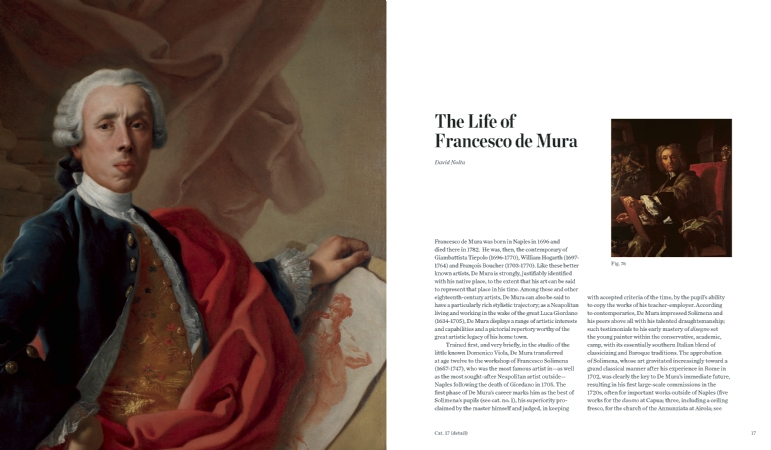 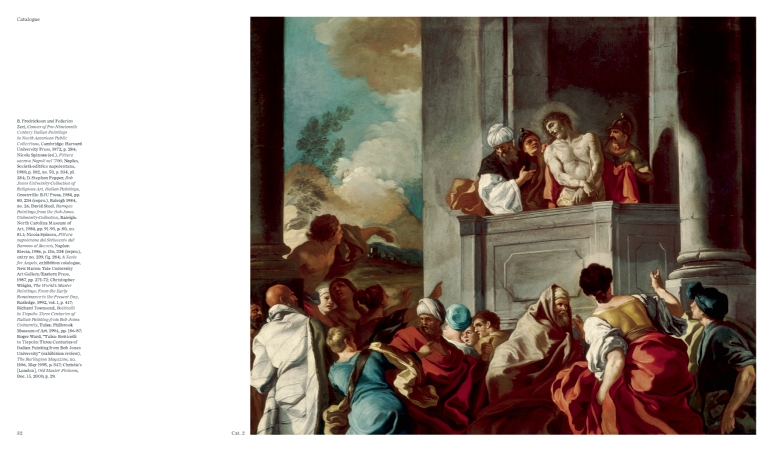