The volume includes three essays by leading Burne-Jones specialists. The first, by John Christian, presents new research on Burne-Jones’s drawing technique and stylistic development, most clearly seen in works like the Fairy Family series (1857), The Annunciation (1857–61), An Idyll (1862) and Drapery Study of Lucretia for Chaucer’s ‘Legend of Good Women’ (1863). The second essay, by Elisa Korb, studies Burne-Jones’s depiction of the female form, his approach to using models, and the stylistic development of subjects such as the nude over the course of his career. The artist’s fascination with the female form is most strongly evoked in works like Female Nude: Three Studies (1865–66), Two Nude Female Studies for ‘The Lament’, (1865) and Composition Study for ‘Charity’ (1867). The final essay, by Tessa Sidey, looks at Burne-Jones’s often uneasy relationship with his native city of Birmingham, and the work of major benefactors, especially local patrons J. R. Holliday and Charles Fairfax Murray, in helping to develop the Museum and Art Gallery’s internationally important holdings of the artist’s work.

The volume illustrates 63 selected drawings and works on paper, 26 of which are reproduced in colour. Each work is accompanied by full specifications, provenance, inscriptions and an extended caption. This volume includes a complete catalogue listing of all 1,137 drawings, watercolours, prints and archive material at Birmingham Museums and Art Gallery.

Elisa Korb is a professor, department of Fine Art, Misericordia University, Dallas PA and was a postgraduate doctoral student at the University of Birmingham 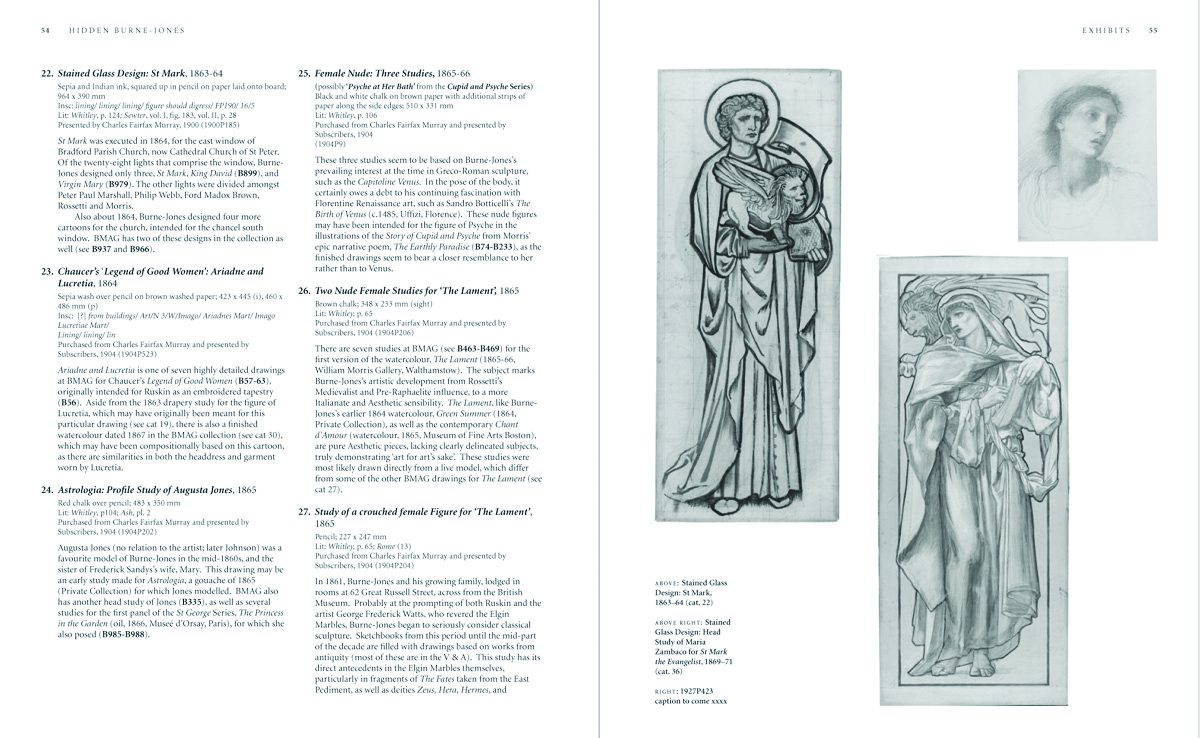