Presents 90 outstanding pieces made by the celebrated jeweller Fabergé, including two of the famous imperial Easter eggs.

“A fascinating and beautifully illustrated study that will appeal to collectors and lovers of social history alike.”—Tim Forrest’s E & A

“Spectacular treasures from the legendary jeweler of the Imperial Russian court bring fresh discoveries about 19th-century goldsmithing and jewelmaking”—Galerie.com

The firm of Fabergé, jeweller to the Russian court, was founded in St. Petersburg in 1842. Expanded by the founder’s son, Peter Carl Fabergé, the firm became one of the most famous jewellers of the late nineteenth to early twentieth centuries. Major American collectors, such as Marjorie Merriweather Post, played a significant role in Fabergé’s success after the fall of the Russian imperial regime, and her mansion at Hillwood, Washington D.C, now has a collection of about ninety pieces, including two imperial Easter eggs, various works of art of imperial provenance, silver, jewellery, hardstone, and religious items.

Recent research on Fabergé, revelations from the Russian public archives, and the discovery of objects thought to be lost have brought to light new information about Fabergé’s career and his creations, including material on several of Hillwood’s Fabergé items.

With fabulous new photography, exquisite works of art, and illuminating focus spreads by Fabergé experts, this new volume presents the firm in the broader history of nineteenth- and twentieth-century jewellery and goldsmithing, documents new attributions and provenances, and examines our continuing fascination with Fabergé’s remarkable work.

Jennifer Levy was Hillwood’s curatorial assistant from 2015 through 2017.

Ulla Tillander-Godenhielm is a jeweler and art historian based in Helsinki, Finland.

Anna and Vincent Palmade are Fabergé researchers, and responsible for tracking down many lost Fabergé objects.

Galina Korneva is a well-known specialist in the history of Russia, and the co-author of several books with Tatiana Cheboksarova. 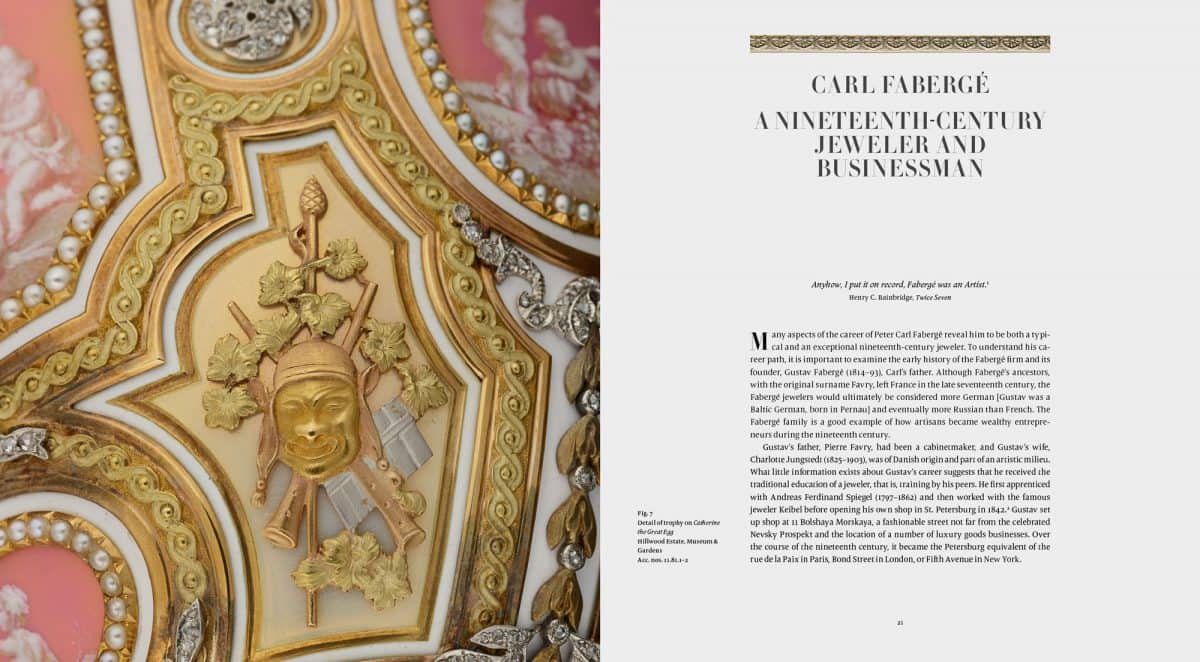 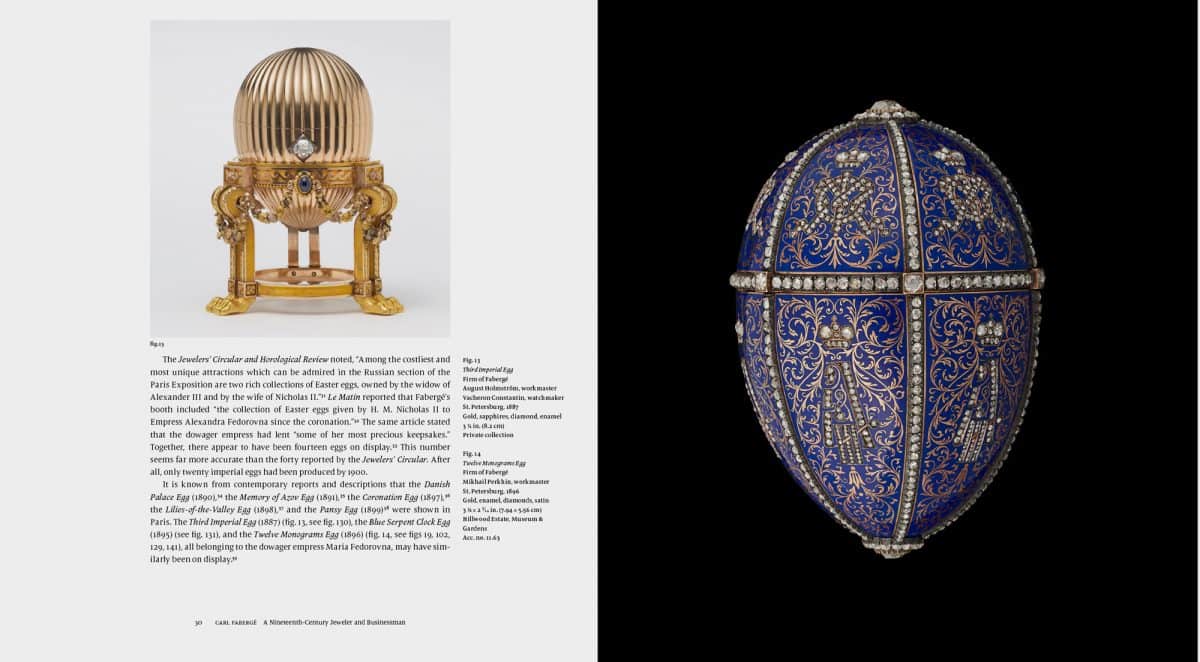 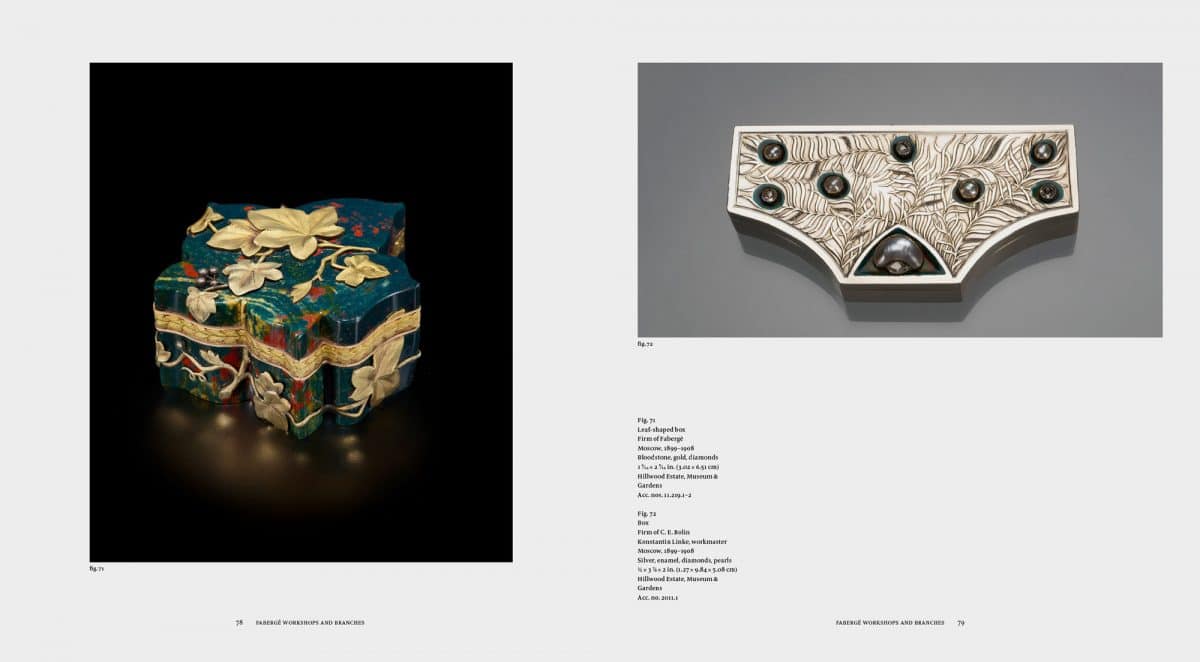 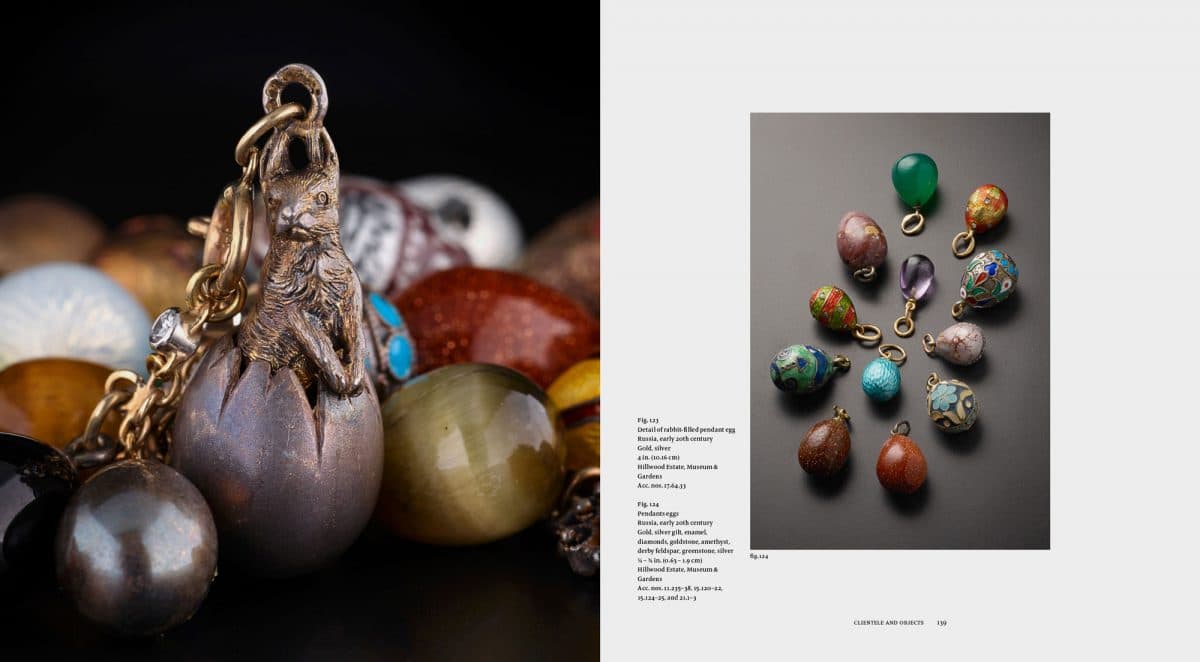