In association with The Foundation for the National Archives, Washington DC

“Photographs of astonishing detail, reproductions of handwritten records, and personal tales bring one of the most important eras of American history to rich, fascinating life”—Starred review, Publishers Weekly

With a message from David S. Ferriero, Archivist of the United States
Foreword by Ken Burns, Documentary Filmmaker

Commemorating the 150th anniversary of the outbreak of the American Civil War, this generously illustrated book peels back years of accumulated analysis, interpretation, and opinion to reveal the human face of history. Discovering the Civil War features over 400 letters, diaries, photographs, maps, petitions, receipts, patents, amendments, and proclamations from the unparalleled holdings of the National Archives, which holds not only the records of the Union forces but also the so-called “Rebel Archives,” captured from the Confederacy, and the records of the Freedmen’s Bureau, the agency that helped African Americans in their transition from slavery to citizenship.

Grouped into themes such as “Spies and Conspiracies,” “Prisoners and Casualties,” “Global War,” and “Raising Armies,” this new book looks beyond the battlefield to the experiences of ordinary people—be they through the names of men from a list of substitutes who were paid to replace draftees, the reminiscences of veterans of the Battle of Gettysburg at their 75th-anniversary reunion in 1938, or pension records revealing that Frank Thompson, who served in the Union Army, was a woman. Famous documents, such as the 13th Amendment to the Constitution, are juxtaposed with others that reveal the broad transformative effects of the war. There are innovative wartime patents, including a multipurpose device that could serve as a tent, knapsack, or blanket, and a message in Chinese script asking for Confederate ships to be barred from Chinese ports—proving that the Civil War became a truly international struggle. 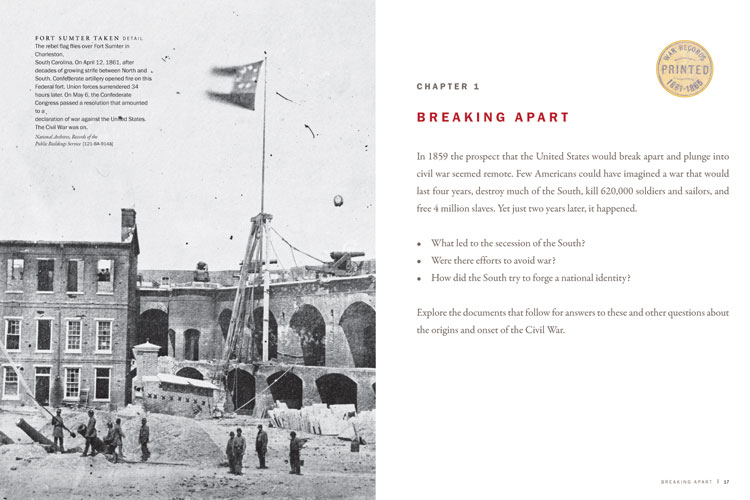 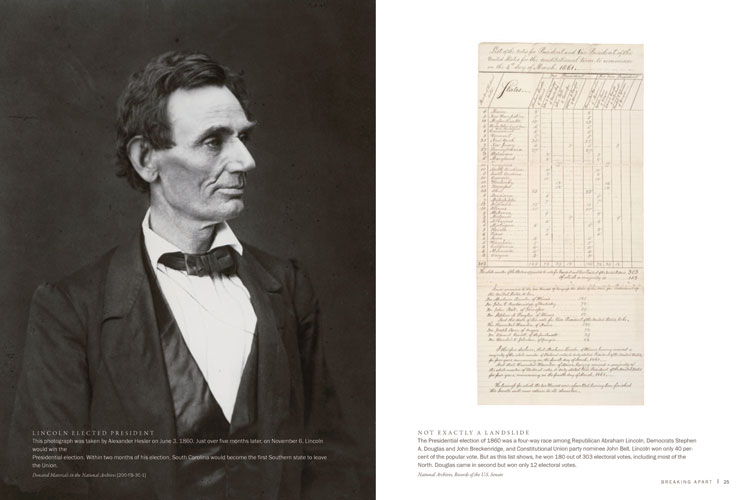 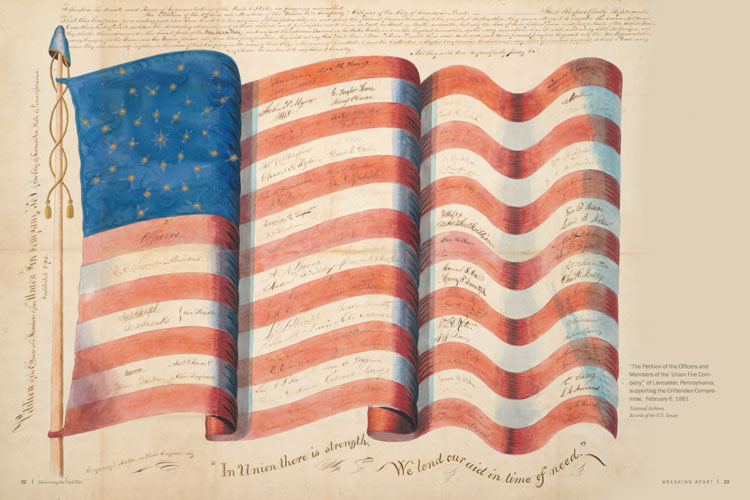 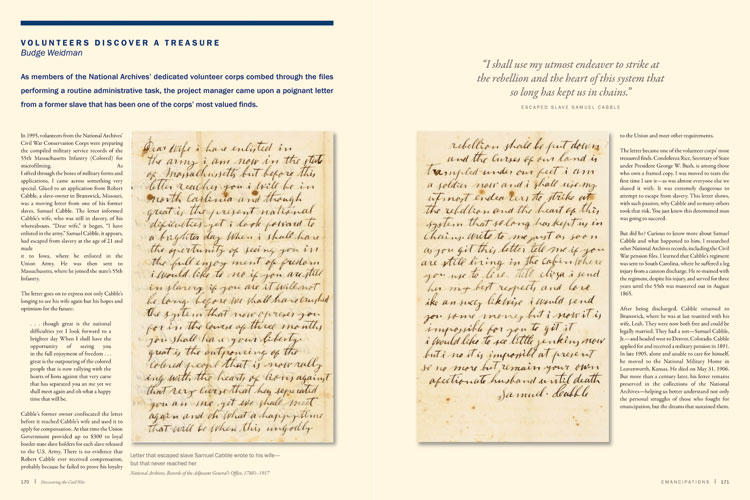