The app is compatible with iPad iOS 11 and Android OS 4.4.

Illuminates Caravaggio’s working process and uncovers details of the painting’s genesis and execution.

Caravaggio’s Crucifixion of Saint Andrew is a masterpiece of baroque painting and the only altarpiece by the artist in America. Painted in Naples in 1606–7, the work was taken to Spain in 1610, where it likely remained for hundreds of years. The painting was acquired by the Cleveland Museum of Art soon after its rediscovery in the 1970s.

One of only eight works by Caravaggio in the United States, The Crucifixion of Saint Andrew had not been cleaned since 1974 and was ripe for examination. Beginning in 2014, the CMA conservator of paintings Dean Yoder spent nearly three years studying Caravaggio’s working technique, cleaning and conserving the CMA painting, and analyzing technical images. The discoveries made during this process are now shared in Conserving Caravaggio’s “Crucifixion of Saint Andrew”: A Technical Study, an interactive app detailing the methods of analysis that Yoder used––including X-rays, pigment analysis, infrared reflectography, UV irradiation, Raman spectroscopy, and more––to illuminate aspects of Caravaggio’s working process and uncover details of the painting’s genesis and execution.

The app moves chronologically from the museum’s acquisition of the painting to the recent restoration campaign, referencing the effects of past cleanings and noting contemporary challenges, while providing detail images from each stage. Beginning with the canvas itself, and concluding with highly technical data gleaned from minute cross sections of paint, it shows the role science plays in establishing new narratives for old works of art. In addition to cross section analysis, other interactive features include X-ray fluorescence spectroscopy (XRF)––a nondestructive method of identifying the elemental components of a material––utilized for several dozen locations on the painting.

Yoder’s analysis explores Caravaggio’s use of abbozzo, an initial sketching with lead white paint to establish the composition, as well as the artist’s use of incisions and other marks that effectively take the place of preparatory drawings; unlike most of his contemporaries, Caravaggio appears not to have used drawings to plan his compositions. The restoration revealed a figure previously shrouded in shadow as well as pentimenti (artist-made changes), evidence of the composition’s evolution. Yoder’s sensitive restoration of lost and damaged passages of the painting have returned clarity and depth of tone to the picture, making the subject more legible than it has been for decades. Using innovative interactive technology, Conserving Caravaggio’s “Crucifixion of Saint Andrew”: A Technical Study enables the user to explore, step-by-step, how conservation of this magnificent painting has reinforced our understanding of the artist as a master manipulator of shadow and light. 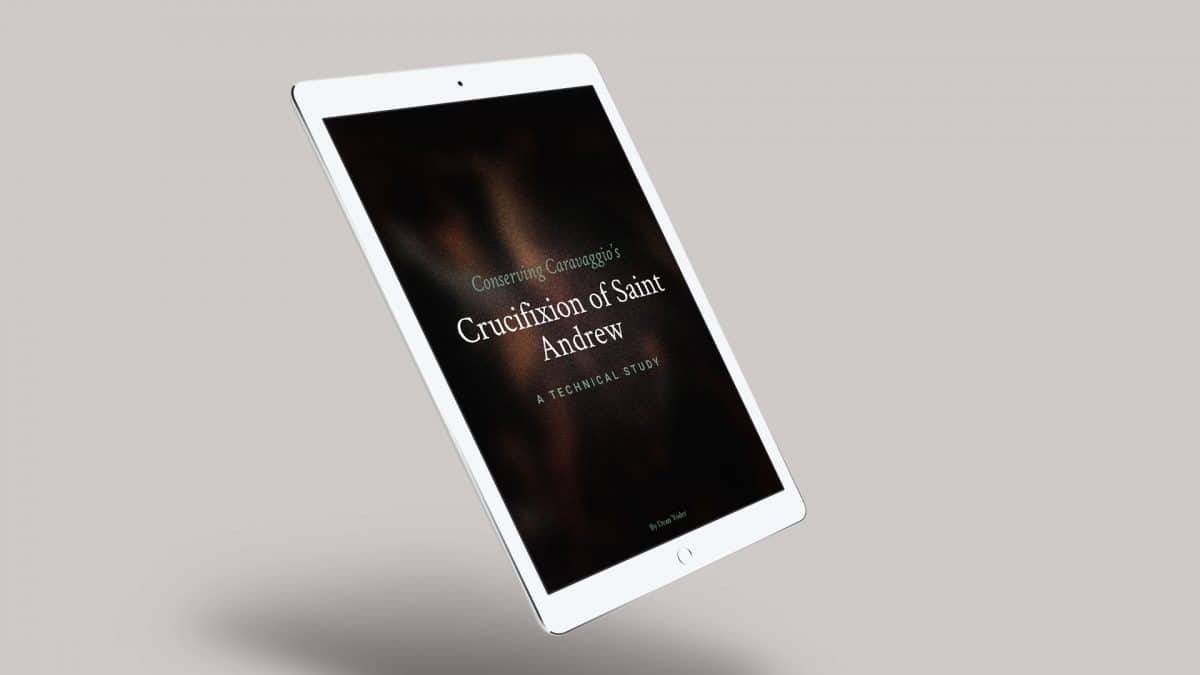 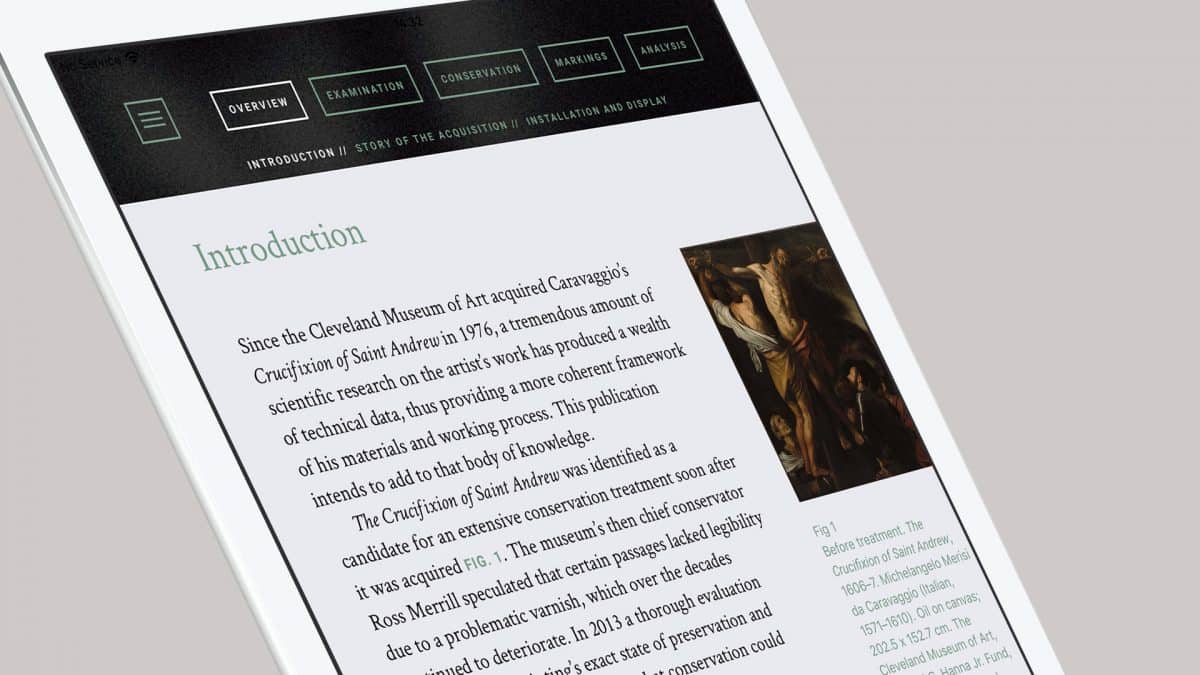 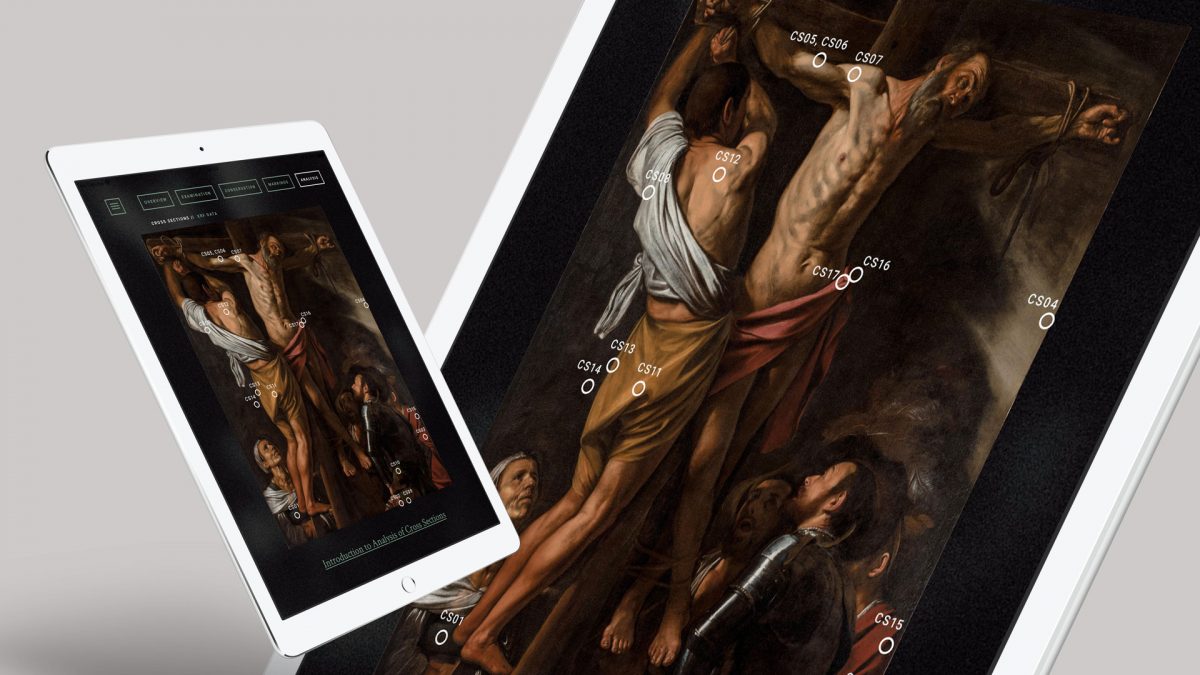 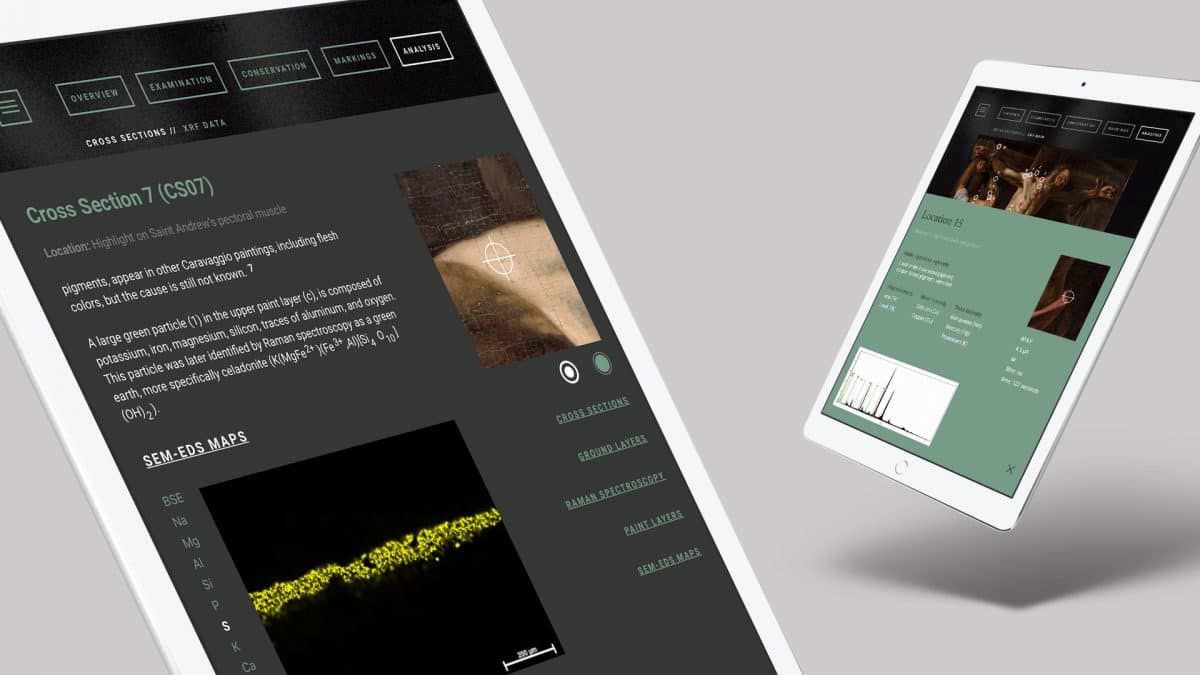 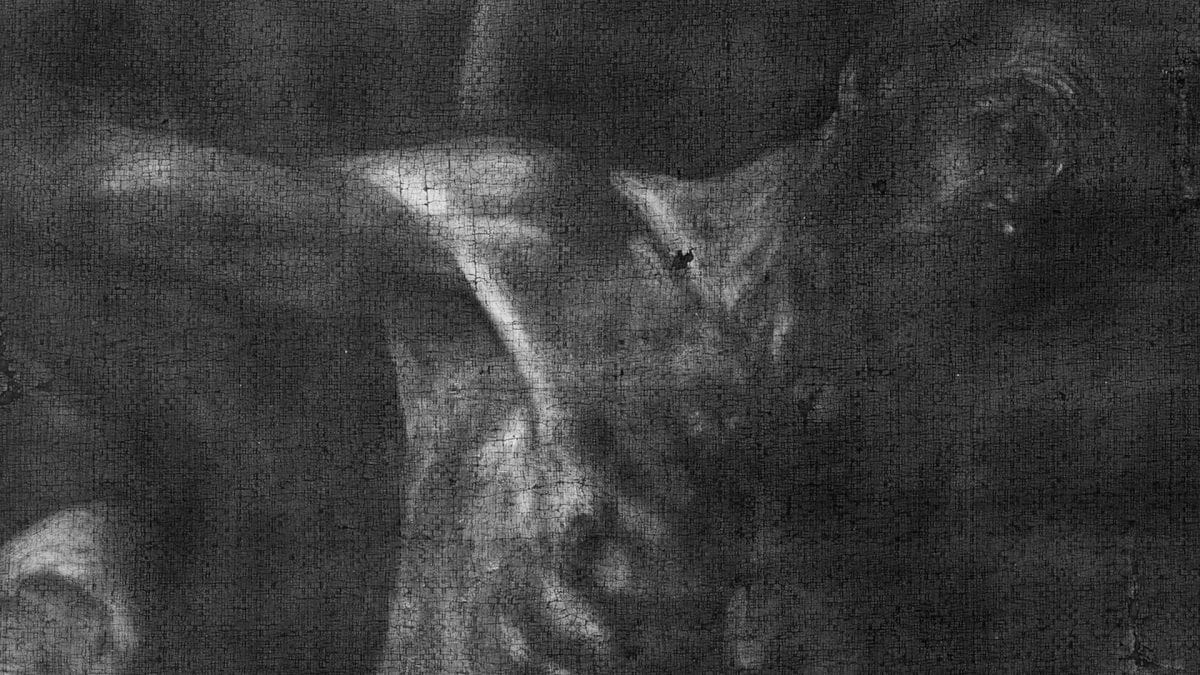